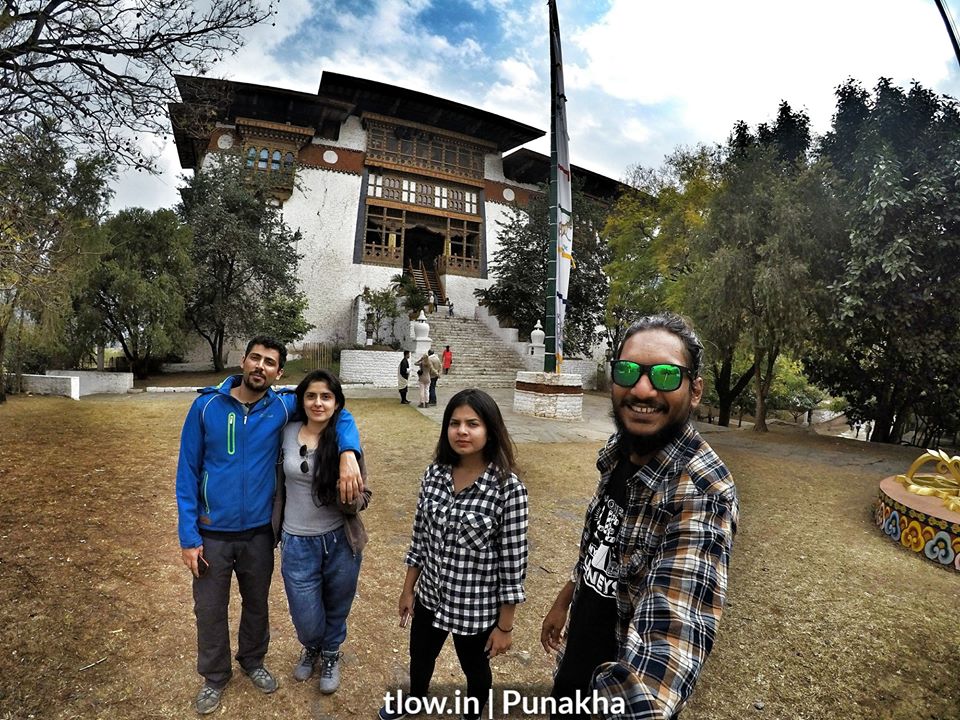 There are several things for tourists to do and experience in the long lost ancient capital of Bhutan – Punakha. The list of things to do in Punakha will embark you on an epic journey which will make you fall in love with Bhutan.

Most of the rivers in Bhutan are very steep and flow in a rush with limited road access. This makes it considerably unsuitable for white water rafting. Only a few rivers are opened for rafting considering their safe course and easy access.

The Pho-Chhu, with its approx 10 km course is the most popular option for rafting which can be seen from the Punakha suspension bridge. Travellers who are looking for adventure should absolutely try river rafting here when they visit Phunaka.

The Phunaka suspension bridge connects the dzong with the village on the other end of the Po-chhu river. This bridge span about 170-180 metres in length and is draped with prayer flags.

Something as basic as crossing a river turns into an adventure when the bridge swings.

The Jigme Dorji National Park named after the late Jigme Dorji Wangchuck is the second-largest National Park of Bhutan. This national park’s elevation ranges from 1400 to over 7000 metres. It also provides sanctuary for 37 species of mammals including several endangered, threatened or vulnerable species, such as the takin, snow leopard, clouded leopard, Bengal tiger.

It is also the only park in Bhutan where the national animal – takin, flower-blue poppy, bird-raven, and tree-cypress exist together. So if you’re a jungle lover, then don’t miss putting this on your list the next time you visit Bhutan.

4. Have lunch at Chimi Lhakhang Cafeteria

The Lhakhang is located 10 kilometres from Punakha near a village called Sopsokha from where you need to walk 20 minutes through muddy and dusty roads. Previously known as the Farmhouse Restaurant, the Chimi Lhakhang Cafeteria in the Chimi Lhakhang Monastery has an excellent à la carte menu and also a great buffet spread, comprising of Indian and Bhutanese cuisine.

The restaurant has a window from the ceiling to the floor from where you can enjoy stunning views of the temple and surrounding rice paddy fields.

Hikers usually trail from Chorten Nebu to Kabji Hoko Tso. Chorten Nebu which means ‘The Old Temple’, is abandoned now. It is a great place to see wildlife like spotted deer and wild boar. Wangdue Phodrang Dzong, further away, is known for its traditional architecture.

Phobjikha Valley, that sprawls beneath, is where the rare black-necked crane migrates to. It is great for a trek, if you want to explore Bhutan’s natural beauty.

The ‘Royal Botanical Park’ is the first botanical park in Bhutan which is spread over an area of 125 acres where more than 46 species of plants are planted. The botanical park is situated between an elevation range of 2,100 metres and 3,750 metres which makes this park a popular bird-watching area.

8. Get photographed in the Bhutanese traditional dress

The most delightful feature of Bhutan is their attire. The streets in Pare filled with locals wearing traditional dresses. You can always buy a pair of gho or kira and click photos with the locals

You can also bring it back as a souvenir. Wearing a traditional dress while attending a festival is a great way to pay tribute to the beautiful people of Bhutan.