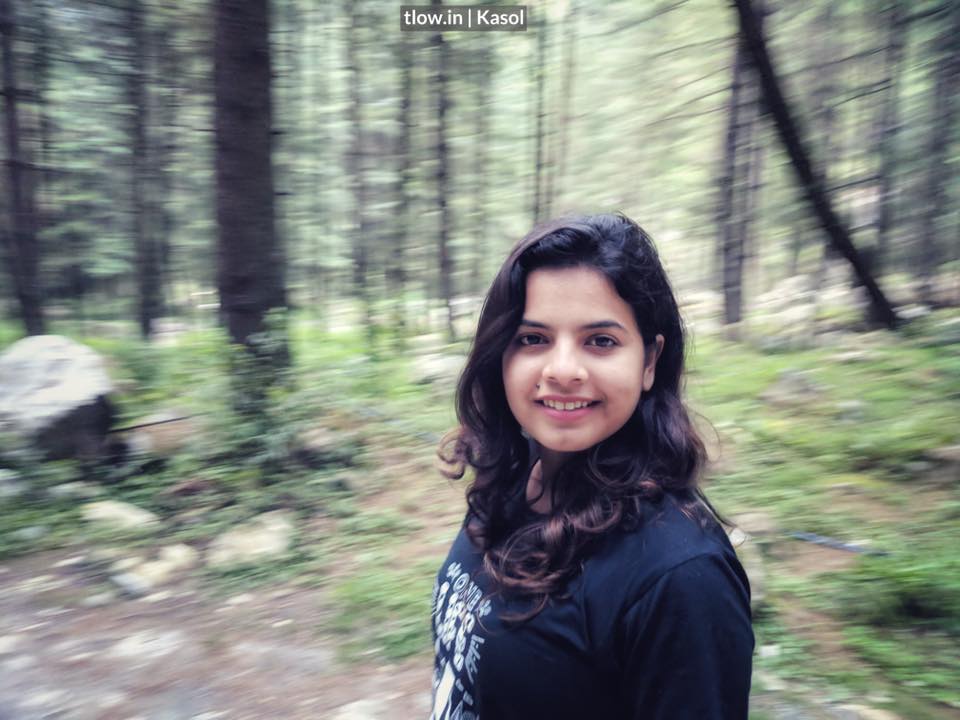 The places around Kasol attract quite a different dynamic when it comes to its landscape which is filled with a green blanket of forest and on the river banks you will notice boulders of rocks which are smooth and whitish in colour.

Every nook and corner of Kasol will give you an unspeakable experience as you can explore Kasol on foot. While some places can be explored on foot there are some places which you need to take a vehicle to witness it’s a delightful experience and terrains that will leave you awestruck.

Parvati River is just a few minutes walking distance and can easily be visited on foot. You can sit by the river banks and roll up your pants and dip your feet in the river as you enjoy a warm cup of hot chocolate or those who are tea lovers can opt for Himalayan Tea which will surely compliment your mood as you spend your time. There is an interesting folklore as to why this river is called the Parvati River and it goes like this, long ago Lord Shiva meditated in the mountains for about 3,000 years. Unaware of his landscape, he continued to meditate only to open his eyes one day to realise that he was in a gorgeous valley. He called the valley Parvati, after his wife.

Another beautiful yet peaceful sight just six kms from Kasol is the Manikaran Sahib Gurudwara which you can hike to which is worthwhile. This place is situated between the two major rivers – Beas and Parvati. It welcomes thousands of tourists thus making it a must visit place when you are in Kasol. Owing to its location is another reason to visit Manikaran Sahib Gurudwara

About 10 Kms from Kasol is a people’s paradise who are interested in river rafting and is also famous for a temple called the Vishweshwar Mahadev temple which is the largest temple in kullu. An extraordinary temple which has been built out of carved stones having flat Shikaras and other wondrous sculpture it is the gateway to Kullu.

Known as the little Greece, this place is about 21 Kms from Kasol and you will have to hire a cab to reach the main road from there you will have to walk a kilometre to reach the village of Malana. The reason it’s called the Little Greece of India is because of the fact that the people of Malana believe that they are the descendants of Alexander the Great and being the purest of the human race, tourists are forbidden to touch anything in the village or talk to them unless they talk to you first. If you touch anything by any chance, a heavy fine is imposed so it’s highly advisable to keep your hands to yourself and respect their boundaries. It’s an isolated place and no accommodation is available in the village for obvious reasons. The village has more to offer when it comes to its natural beauty and the landscape in and around the village

Tosh is about 20 Kms from Kasol which is about a three to four hours drive given the road conditions. It is the last hippie village in the Parvati valley which is often visited by backpackers from all around the world. Its distinct marijuana fragrance separates it from the other lands. There are a lot of trance and psychedelic parties that happen in tosh. The food is mainly European and Israeli so it’s very hard to find Indian cuisine apart from Maggie which is available throughout the place.

Barsheni is the start point for the Kheerganga trek. It’s about 14 Kms ahead of Manikaran with Parvati River being constantly running side by side to it. There is not much to see around in Barsheni as it is a small hamlet with very basic facilities

Pulga doesn’t have an accessible road and so it’s best to explore the place on foot as you walk through dense forest of Deodar also famed as Fairy forest and enjoy the calmness. Surprisingly the place has network coverage and is covered with snow capped mountains, Pulga has a waterfall which is another sightseeing point if you are visiting. The apple orchards are a must go to place in Pulga in mid-June to August. A trek to this place is surely worth the distance.

Kalga, Tulga and Pulga villages are scenic triplets which are 30 mins walking from each other. Compared to Tulga Kalga and Pulga villages have more availability of accommodation as they are in the lower levels of the mountain. Kalga village is situated above a dam project and is in the midst of apple orchards. Kalga is a lovely yet resilient place to take a break on the way to Kheerganga trek.