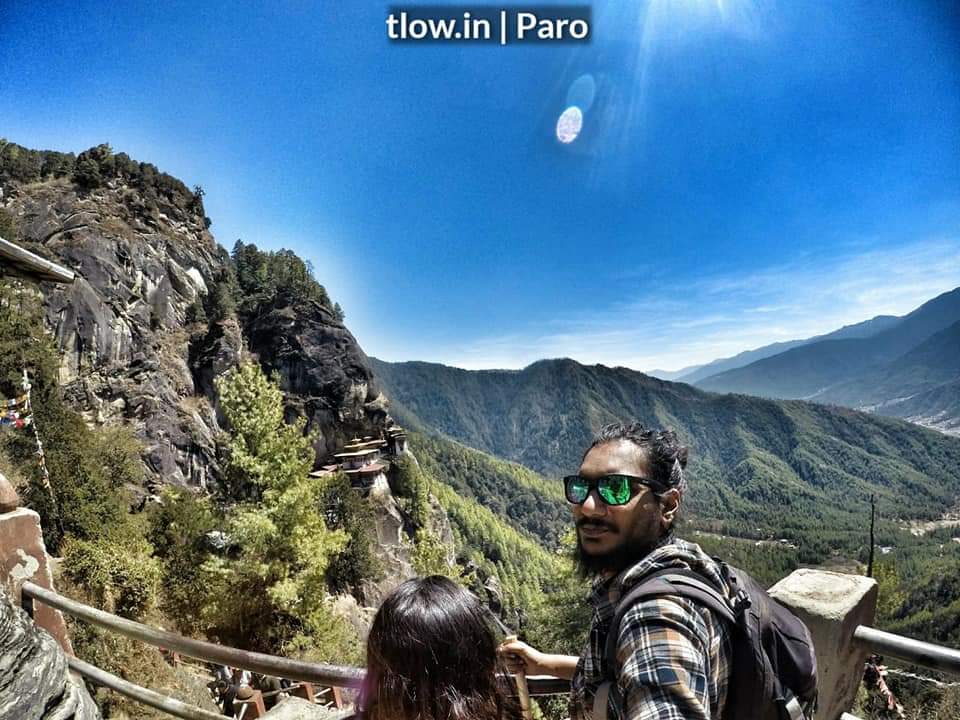 Paro Taktsang is also known as the Taktsang Palphug Monastery or the Tiger’s Nest. It is a temple located on the cliff-side of the upper Paro Valley which is considered amongst one of the most prominent cities in Bhutan.

This temple was built in 1692, around the Taktsang Senge Samdupcave where Guru Padmasambhava is said to have meditated for three years, three months, three weeks, three days and three hours in the 8th century. Padmasambhava is still considered as the one who introduced Buddhism into Bhutan. Today, Paro Taktsang is the best known of the thirteen Taktsang which is also known as tiger lair caves in which he meditated. 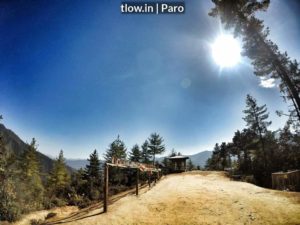 The history of this monastery dates back to the eighth century when Padmasambhava, who was a saint founded the Mahayana school of Buddhism. It is believed that when he visited the site, he assumed the terrifying form of Guru Dorje Drolo and cleansed the place of evil spirits.

An account has it, that the former wife of an emperor, Yeshe Tsogyal transformed herself into a tigress and carried the Guru on her back from Singye Dzong in eastern Bhutan to Taktshang. In a cave there, the Guru then performed meditation and emerged in eight incarnated manifestations and the place became holy. This is the main reason that the place was named the “Tiger’s Nest”. 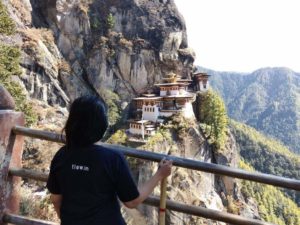 The monastery buildings consist of four main temples and residential shelters which were designed by adapting to the rock ledges, the caves, and the rocky terrain, four caves are comparatively easy to access. Out of the eight caves, the main cave is entered through a narrow passage. The dark cave houses a dozen images of Bodhisattvas and butter lamps flicker in front of the idols.

All the buildings are interconnected through steps and stairways made in the rock. There are a few rickety wooden bridges along the paths and stairways which are used to cross over. The temple which is located at the highest level has a frieze of Buddha. Each building has a balcony, which provides lovely views of the scenic Paro Valley down below. 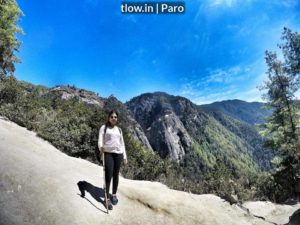 An important place near the shrine is the Urgyan Tsemo which is called the – Peak of Urgyan. It has a small Mani Lakhang, this prayer wheel is turned by an old monk, and the chimes of this prayer wheel can be heard every day at 4 am.

The cave where Padmasambhava first entered, riding the tiger, is known as ‘Tholu Phuk’ and the original cave where he resided and did meditation is known as the ‘Pel Phuk’.

The original structure of the monastery was burned down in 1998. The Tiger’s Nest today is the result of a  restoration project that was finished in 2004. 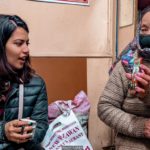 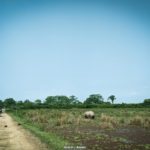 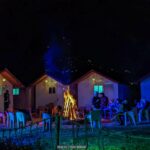 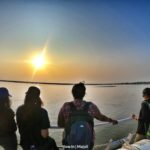 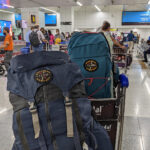