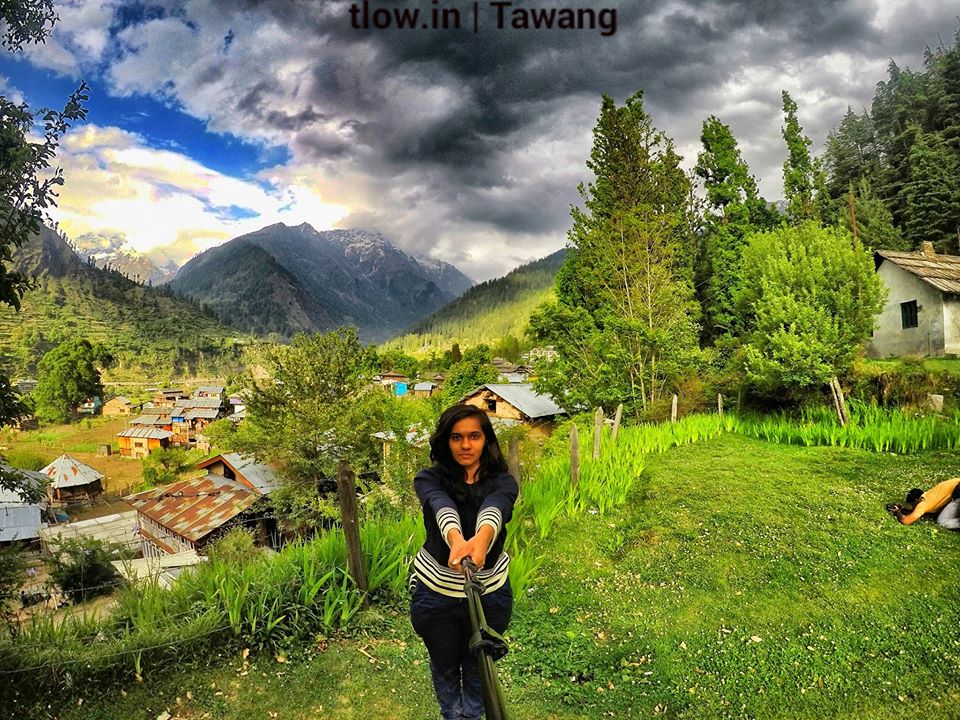 A six-hour road trip crossing the mighty Sela La along the way and one will reach the Indo-China border town of Tawang. The temple town is situated at an altitude of around 10,000 feet above sea-level (3048 m) and is now the district headquarters of Tawang district the smallest of the 16 districts in the state of Arunachal Pradesh.

To enter any district of Arunachal Pradesh, will require you to obtain an Inner Line Permit (ILP) which is easily available at the tourism counter at Guwahati airport or railway station for a hefty price of ₹450 per district and it is valid for a period of 30 days. A photograph and a copy of a government-approved identity proof need to be submitted.

There are two options to reach Tawang from Bomdila which is around 170 km away. The first option is to take the government bus which leaves at 5:30 am and takes around 10-12 hours to cover the high altitude Sela Pass and enter into Tawang. The bus is an extremely safe option and very economical plus it leaves daily during the season.

The second option is to book a seat with one of the many sumo operators who ply their vehicles between the two towns. These sumos are nearly thrice the price of the bus but are a preferred choice for locals. They leave at 5:30 am and reach Tawang by 1:30-2 pm.

The drive is simply mind-blowing right from the start and road is pretty much well maintained in most parts other than the while crossing Sela Pass at 13,500 above sea-level. The cool breeze, the wild yaks running, frozen lake, fluttering prayer flags all along the road and the songs from the vehicle will just make the entire journey something beyond a bucket list checkmark.

A real experience by itself sitting in a sumo or bus with locals and lamas from India, Nepal and Bhutan. Listing to a mix of old Hindi songs from the 90s and making the dream trip to Tawang while chatting with your co-passengers in the vehicle will surely give you a new perspective of life.

The first thing on reaching Tawang, one will notice the towering snow-capped mountains which belong to the Gudpi and Chong-Chugmi ranges, River Tawang chu which flows below adds to the beauty of this Himalayan valley.

Getting around Tawang can be divided into two parts – local sightseeing around the town which can be covered by foot. A road to the high altitude lakes and border is part two. The main attractions in part one include the Tawang include the monastery locally known as Gompa and the Tawang war memorial. The monastery belongs to the Gelugpa sect and was built in 1681. It was the birthplace of the 6th Dalai Lama and currently houses over 550 lamas of all ages.

Located on the slopes just before reaching the main town of Tawang is the war memorial built in honour of the soldiers who lost their lives fighting for the Indian Army in the 1962 War. During the season, the army has an evening sound and light show for tourists.

The second part includes the high altitude P.T. Tso Lake, Sangetsar Lake and Bum-La the Indo-China border, which requires the entire day and one will need a longer drive for this part since the roads are not in good condition.

The first stop along the road trip should be Bum La Pass located about 37 km north from Tawang at the Indo-China border above 16,500 ft above sea level. This is an old traders road went from Tawang via Milakatong La Pass to Bum La Pass and finally to Tsona Dzong in Tibet province of China. The entire area is heavily guarded by the Indian Army and one will require a Protected Area Permit (PAP) to visit this place. PAP can easily be arranged by taxi drivers in Tawang.

The second stop should be Sangetsar Lake which is a beautiful lake situated above Tawang and was formed as a result of an earthquake in 1971. One can see branches from the pine forest in the lake which is also known as Madhuri Lake by locals, since Bollywood actress, Madhuri Dixit danced in this lake during the shooting of the movie Koila. The lake is around 55 km from Tawang.

The final scheduled stop on the road trip should be Pankang Teng Tso Lake, also called as P.T. Tso Lake and is situated 17 km above Tawang. The lake is frozen during winters for 3-4 months, but during summers it offers travellers a spell-bounding view of the water and the snow-capped mountains in the background.

The best time to visit Tawang is during the winter months from November to April. The rest of the year the town is literally overcrowded with tourist. Light woolens are recommended while travelling in any season. The mercury level falls well below 7°C even in summers.

Tawang has excellent cell phone network coverage even though it’s virtually the last town in India. There are a few ATMs also in the main market area which has plenty of shops selling Tibetan handicrafts like cups, spoons, prayer flags and other Buddhist articles. Bargaining is a skill which will come very handy while shopping in this town.

Eating options in Tawang are in plenty during the season which is from April to November. All kinds of food available from momos, tukpa, fried rice and even Indian dishes like dal, paneer masala etc are available. The town is extremely traveller friendly.

While in Tawang always remember to keep your gadgets fully charged because the electricity reliability in the village is very bad. Tawang is a must-visit to see unparalleled beauty.