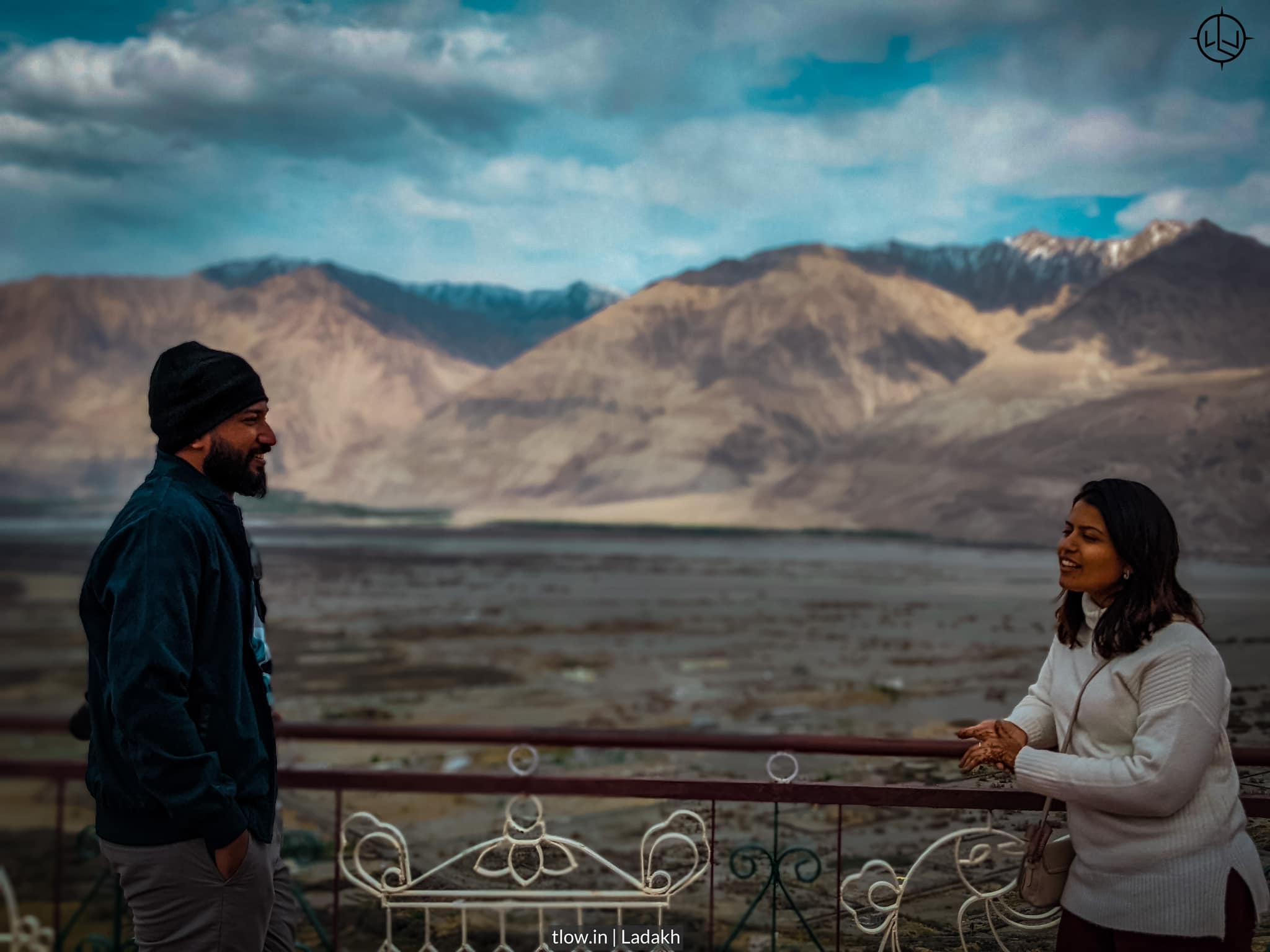 Usually before a trip starts we have to end up finishing work at home and in our professional lives. So it’s kind of hectic because most people leave things for the last minute. Like shopping for the trip and keeping things in place back at home. That ends up burning you more than what you expect and unlike other holidays which are at sea-level, Ladakh is 10k ft above sea-level and that’s why most people fall prey to altitude thickness and other issues because they already come tired and wound up before the trips has even started.

In a place like Ladakh where the altitude and weather conditions are absolutely new to anyone. If you’re not drinking a minimum of 2-4L of water a day you’ll end up falling sick. Your head will start hurting and you’ll find it difficult to keep up as each day goes by, it will get harder. This isn’t because of any altitude, it’s simply because the air is thinner, so you need more fluids to ensure oxygen supply to the brain.

One of the biggest reasons why people fall sick in Ladakh is because they arrive in Leh with wrong clothing. That’s usually where people don’t understand that when you are leaving from the city or coming from Manali or Srinagar via road. The weather is different and you need to layer up, so that no matter what the conditions is, if it’s hot you can pull off your layers and you can add more layers if it gets cold, so you prevent yourself from falling sick. Never travel in anything other than good pair of socks and shoes.

Not enough rest after arrival

The excitement of reaching Leh catches a lot of people off in terms of not resting enough after reaching. If you are flying into Leh then taking the first day as a day of bed rest is absolutely must. Not getting enough rest is one of the biggest reasons why people end up falling sick as the trip progresses.

It’s common to have friends and well wishers tell you about how altitude sickness or breathing issues caused them hardships on their trip. This ends up becoming a mental block for few which then results in them falling sick, since mentally the person believes they will not be able to make it through the trip.

Leh-Ladakh is such a commercial tourist hub that people end up booking a 3N/4D or a 4N/5D package which is too short a timeline to get everything basic that’s needed to explore for an average tourist.  Biking around Leh without becoming in sync with the environment also is a leading cause of falling sick in the initial couple of days in Ladakh.

Ladakh isn’t the place you should be having a bath daily. Especially on day one when you just land in Leh, don’t even consider having a shower. First day showers are one of the main reasons why people end up falling sick. It’s the temperature difference while getting yourself dry before you put on your warm clothes that ends up getting you sick.

When you are planning for a trip to Leh-Ladakh unless you are someone who is into cardio activities on a daily basis, you will end up struggling to walk and climb the monastery steps. Anything more adventurous thEn the regular tourist trail has to offer. So the best way to avoid this is by making a conscious effort to walk, jog at least 5-8km at least 3-4 times a week

Holiday is the time when most end up letting themselves loose in terms of alcohol and cigarettes but Ladakh isn’t a holiday at sea. Any kind of intoxication more than the bare minimum will result in sickness. Especially while traveling if anyone smokes in the SUV or tempo traveller be assured that someone will end up falling sick. Avoid drinking more than 60ml a day.

Not sleeping properly even at home causes a normal human to feel uneasy, so you can only imagine what will happen in a place like Ladakh.  Usually most people get the best sleep of their lives in Ladakh. So lack of sleep only happens when you have already fallen sick with a trigger from one of those listed above that causes sleep anxiety.