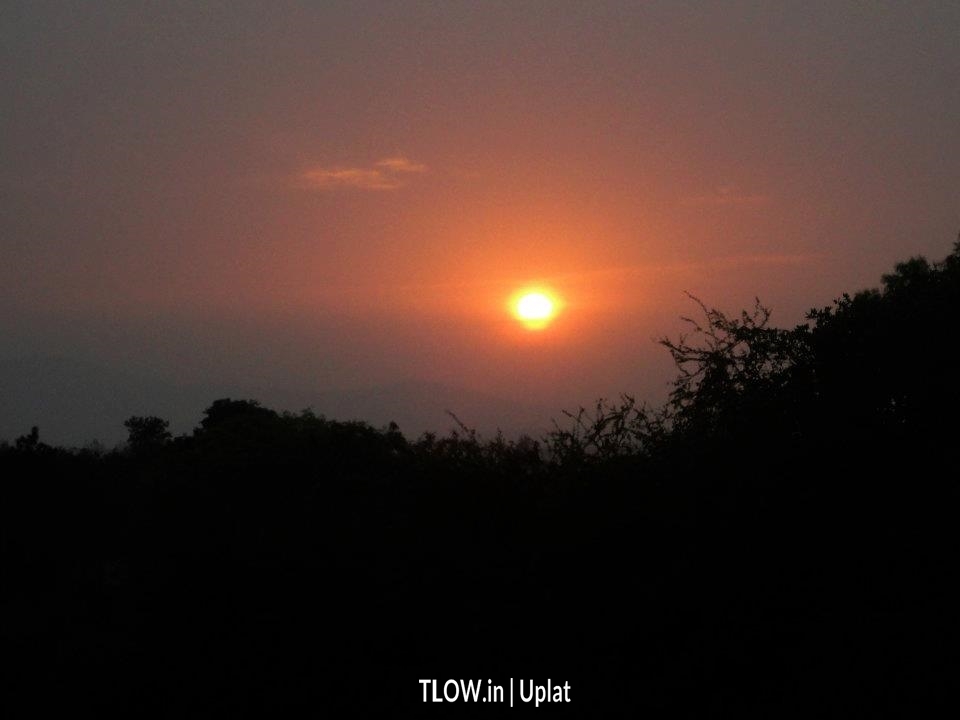 Between the commercial states of Gujarat and Maharashtra in Western India lies the tribal village of Uplat. Though the village is located in Maharashtra it is closer to Gujarat a fact evident by the local vehicles that are registered under the Gujarat RTO.

To get to Uplat from Mumbai one has to take the Western Railway train to Virar from where a shuttle train is available to Dhanu Road. From Dhanu, ST buses are available to Talasari from where one has to either hitchhike or take a shared tum-tum (8-seater autorickshaw) which drops one to the village.

Accommodation at Uplat is limited to homestays though a few hotels are located near the Mumbai-Gujarat highway. The inhabitants of the village of Uplat are mostly farmers who grow rice and have date trees from where date toddy is extracted as the fruit does not ripen due to unfavourable climate. The date trees were planted by the Parsi landlords who owned the land earlier.

The locals speak a dialect of Marathi that does not have any vowels. The language is only in the spoken form and lacks a written variation. The villagers get together in the evenings and perform a variation of the traditional Warli dance with children playing the drums. The dance is great to watch and easy to learn with the villagers more than happy to involve visitors in the dance.

A place worth visiting near the village is a small hillock which is easy to trek on that has ruins which folklore allude to Maharashtra’s local hero Chhatrapati Shivaji Maharaj’s son Sambaji who built it with his army 500 years ago. From the hillock, one gets a splendid view of Gujarat. The best time for the trek is in the evening as the weather conditions are favourable at that time.

The village has mud houses with cow dung flooring. The village experiences power-cuts on Fridays. Water is supplied to the village from bore wells. There are a few shops in the village that sell basic commodities.

Weekly supplies are provided to the village by a shift market which is organized every Friday on barren land that lies on the outskirts of the village. From basic commodities to clothes to toys to toddy is sold is the market.

The local people belong to the Warli tribe and many practice their local Warli art which is a big source of income. Toddy is consumed by the people more regularly than water. They eat a simple cuisine of dal, rice and rice rotis. Chicken vegetable which is a dry variation of cooked chicken with vegetables is a tasty and delightful treat.

Women generally have their meals only after the men have finished having theirs. This is a tradition which has been going on for generation which is followed mainly to show respect to their husbands.

A visit to Uplat opens one’s eyes to a whole new world that is very often lost in the hustle and bustle of city life.