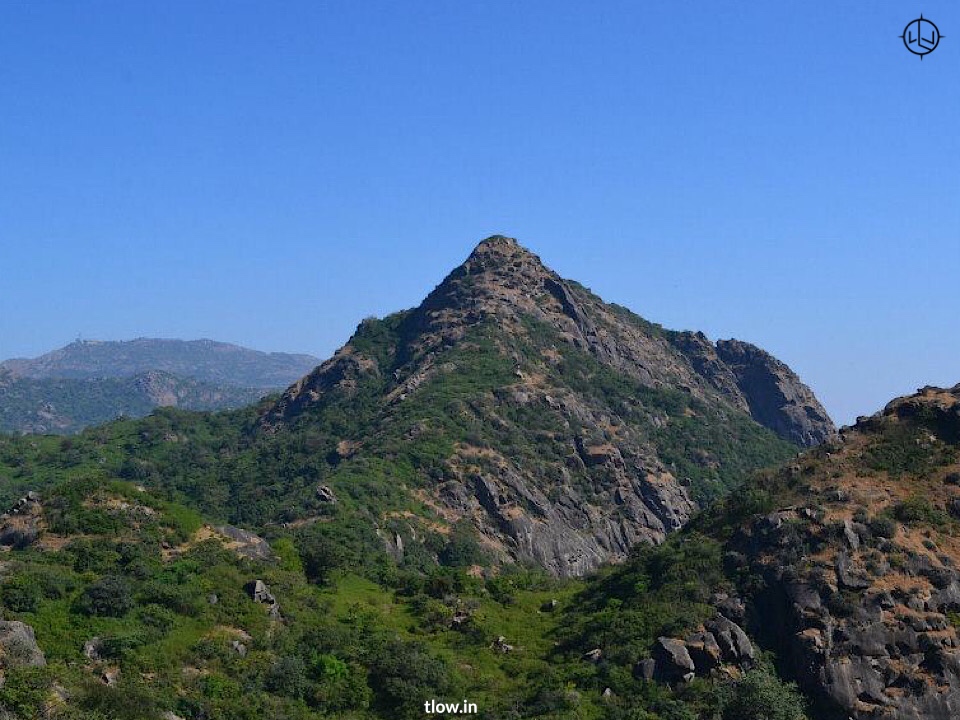 Situated in the heart of Mt. Abu is Plummy which is one of the highest climbs at Mt Abu. The height of this climb is approximately 5,676 feet above sea level which is equivalent to Gurushikhar.

All the other treks are close to St Mary’s school but the climb to Plummy is on the other side altogether. It takes almost an hour by foot to reach the base of Plummy from St Mary School. So if the accommodation is near or around St Marys it is advisable to take a student or professor for the hike to Plummy as the way to the base is a little complicated.

On the way to the base of Plummy there is a highway that has to be crossed to get to the other side, also on the way one there is a lot of wilderness to be crossed with houses of locals also there. When near the base there is a small temple and it is said that once a local found a small piece of meteoroid there and kept it in the temple as an offering to the deity and that is how the temple came about.

At the foot of the climb, there is a stream of freshwater with a lot of rocks where you will find climbers taking a wash and resting after the climb is complete. Climbers are advised to carry a lot of water as the climb is for more than 4 hours. While climbing people are advised not to drink water as it causes slow downs, only after reaching the top it is advised to drink water.

People who have breathing problems are advised not to climb Plummy as it is a difficult climb and as the oxygen level decreases when you’re higher most people give up. The view on each stage of this climb is breathtaking. Animal trails and dead animals that have been attacked by the bears and panthers are found on the climb.

Once you have climbed more than half of this hill it is very difficult to breathe so unless you are very fit there is no point climbing this hill. There are a lot of insects, rocks and plants on the climb.

The climate is very pleasant in the day so while climbing it feels good. Overall the climb to Plummy is difficult but once the top is reached the view on top it’s heavenly and worth all the trouble.