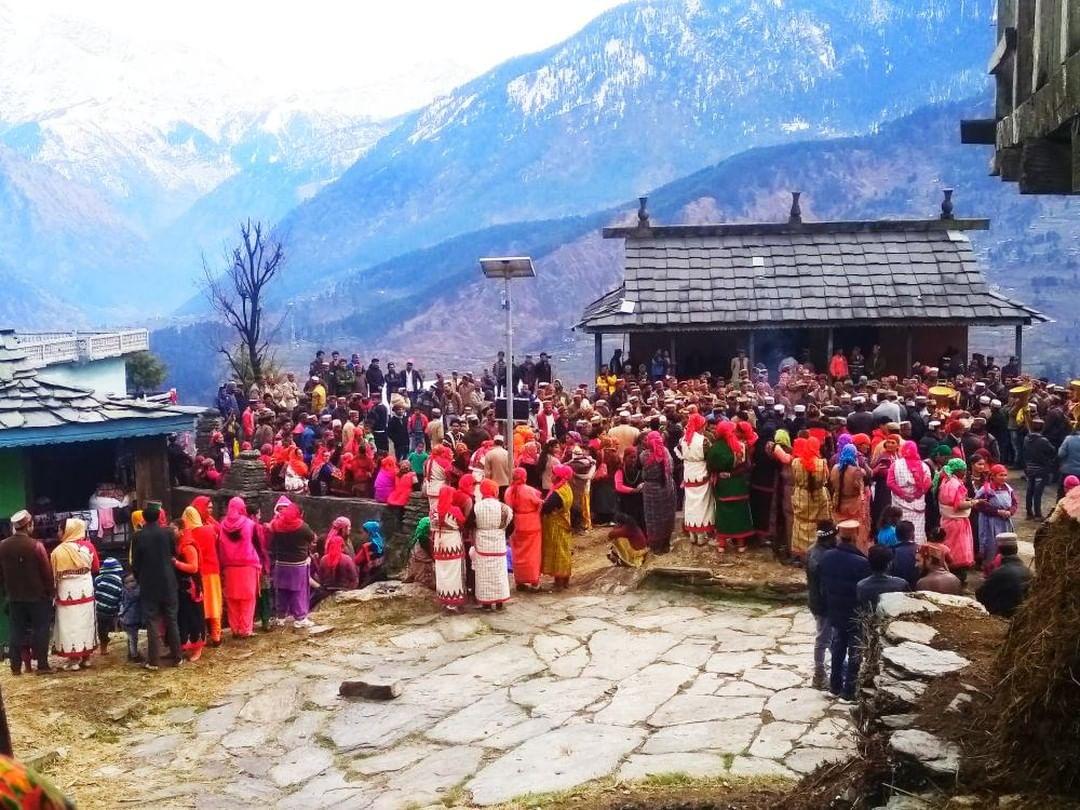 Named after Lord Narayana considered to be the most powerful god of Himachal, locals celebrate the Himalayan cultural festival in Pinni village of Kullu district of Himachal. People of Naga worship sincerely. It is believed that they were born on the 14th of February. And they celebrate the birth anniversary of Narayana ji.

Unless the Parikrama of Narayana ji is complete, no man from the village eats. To see Narayana ji from far away, there is a lot of tension on this day. At the time of worship, priests of Lord Narayana ji worship them. After this, some people of the village play the bajan of the locality and carry the priests on the steps.

Lord Narayan ji’s Parikrama Kazhayari starts from the village, moving slowly, they take at least three hours to the second village, Kusaldi. At the same time, people are also running in a large number. After passing through Kusladi village, another way goes to the village of Bapis Kazhariya. After this Narayan ji has some selected people’s goddess and the dance ends.

The worshipers go to the temple with a sword. As long as the banyan tree does not fall on the tree they keep running bhurushan or weapons repeatedly. People go back to their home after the revolution of the goddess ends.

Pinni village is a very big village. Three Gods are considered in Pini – Parti, Chamunda and Narayan. Kisaldi village is in the middle of Pinni Beach. This is a developed village. The people here do not feel the lack of anything. People here talk to everyone very lovingly. There are many shops here.

Snow-covered mountains appear around the village. In August, the trees are full of apples everywhere. There is another fair known as Shaun Mela. This fair is the most popular festival. In this, the gods of other places also come. This is considered as the most mythological and cultural fair.

About 20,000-30,000 people visit the fair. In Pinnie 1, 18 festivals are celebrated. This is the first village of Kullu district where it is celebrated in the fairs, but its history has never been encouraged. Pinni village is a very nice and tranquil place.