The Burmese or Myanmar script developed from the Mon script, which was adapted from a southern Indian script during the 8th century. The earliest known inscriptions in the Burmese script date to the 11th century.

Type of writing system: Syllabic alphabet – each letter has an inherent vowel. Other vowel sounds are indicated using separate letters or diacritics which appear above, below, in front of, after or around the consonant. The rounded appearance of letters is a result of the use of palm leaves as the traditional writing material. Straight lines would have torn the leaves. The Burmese name for the script is ca-lonh ’round script’.

Burmese is a tonal language with three main tones (high, low and creaky) and two other tones (stopped and reduced). The tones are indicated in writing using diacritics or special letters.

Burmese/ Myanmar (ဗမာစကား), a member of the Burmese-Lolo branch of the Sino-Tibetan language family spoken by about 21 million people in Burma (Myanmar).

The Karen languages, a group of languages related to Burmese and spoken by around four million people in Burma and Thailand.

Mon, a member of the Mon-Khmer group of the Austroasiatic languages spoken by about 200,000 people in Burma and Thailand.

Here’s a list of words and phrases which can help you to travel better.

Use Google to know the sound of these words and practise speaking. Now you are all set to go! Bhine! 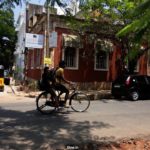 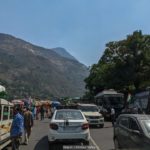 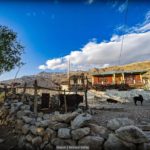 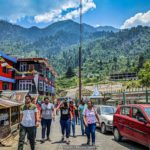 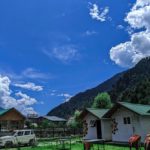