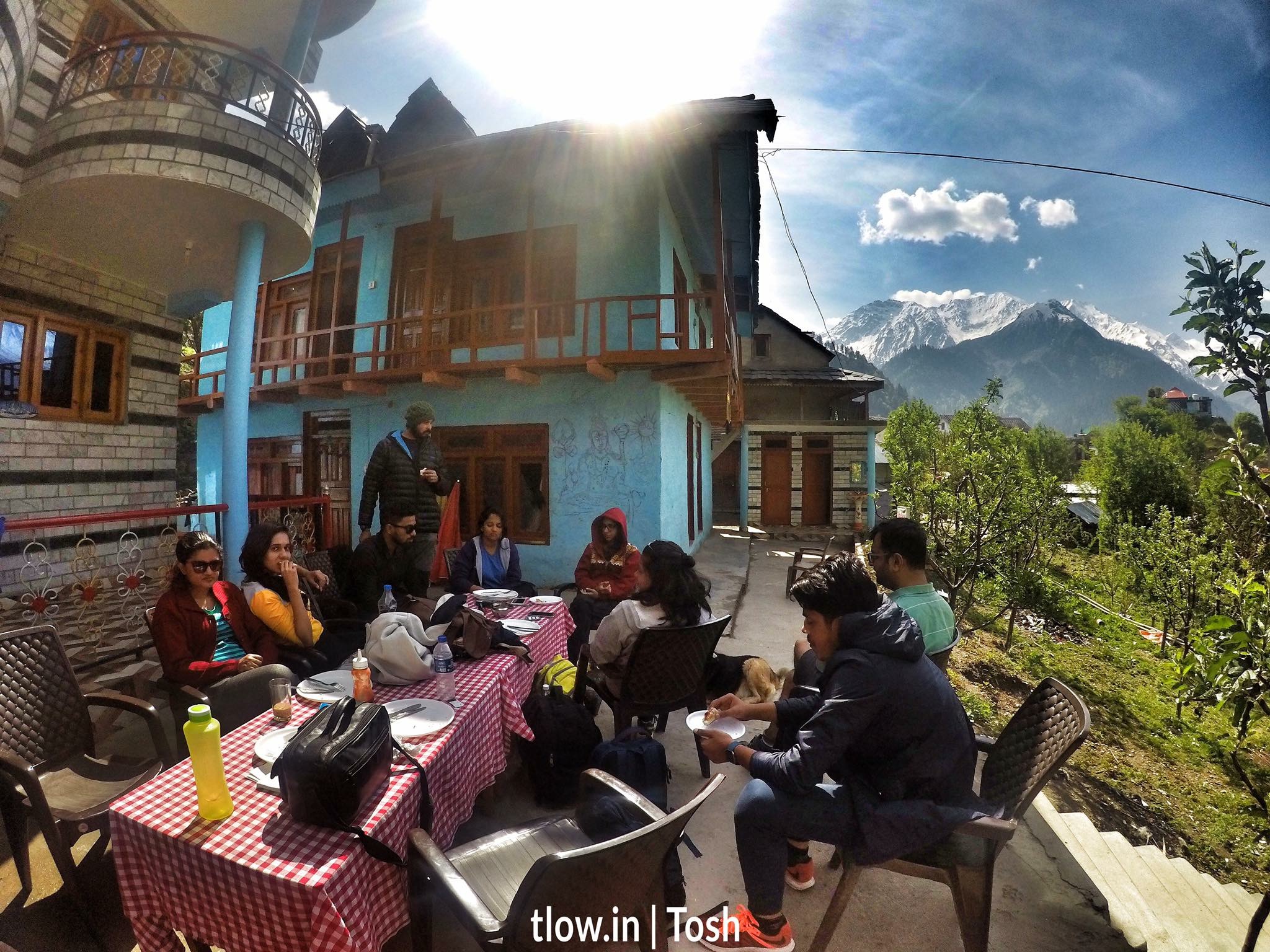 Previously having completed the Kheerganga trek, I stayed at Kalga. Spending the new year at Kalga, there were fireworks in the sky from the opposite village and that’s when I first heard of Tosh. Having heard a lot of stories of Tosh, Tosh was on my list for a long time.

Finally, on my second trip to Parvati Valley, I was determined to tick off Tosh on my list. Took a bus from Kasol to Barshaini. Both HRTC and local buses stop at Manikaran for about half an hour. Reached Barshaini and the roads are filled with dust, thanks to the new concrete road being constructed. There are a few eateries as you reach Barshaini that serve Maggi, parathas, tea, etc. There’s also a general store, so make sure to fill up your munchies and snacks quota as the same stuff gets expensive in Tosh. A wine shop also falls after the general store which happens to be the last wine shop on that route. A quarter of Old Monk would help and do not go overboard with alcohol shopping especially buying beers. Unless one wants to feel like a mountain Porter.

Moving ahead, I was greeted by a semi Frozen lake which left me in awe of Himalayas. Pristine blue water lake, half of it with a thick Frozen layer of ice. Few pine trees half-submerged in the lake. Tosh is a 2 kms trek from Barshaini and one can hire a taxi to reach Tosh. As buses do not go up to Tosh. Ideally, it is best to trek, unless you have a huge backpack or otherwise snowing. The trek leads through views of snow-capped mountains and a landscape filled with pine trees and nature at it’s best. Take enough breaks, stop and look behind and ponder at the mystic clouds. Inhale that fresh air and take in the forest mist.

It’s advisable to stay at Tosh overnight. Most of hotels and homestay offer a stunning view of Himalayas. It gets really cold once the sun has set. Took a walk around Tosh village. There is a school in Tosh filled with children both naughty and sweet ready to pose for a picture. Himachal wooden houses with locals chilling around. Some of them have tiny stores selling general store stuff and handmade knitted socks. You will spot women knitting and working on handicraft shawl machine. It’s easy to chat with them as their friendly.

Tosh also leads to another destination Kutla. Kutla is an unspoiled village and very few make it to Kutla. You find a lot of apple trees in Tosh. Being at an altitude of 8,500 above sea level, Tosh has an unsteady climate and receives snowfall often. Around 30 minutes walk, there’s a waterfall and if you’re lucky. You’ll get to see a herd of sheep and goats crossing the waterfall.

For good food, head to Pinki Didi’s or Ice Sky restaurant for some Israeli, continental food. It gets colder as the night arrives and if there is a full moon, the snow-capped peaks shine under the Moon’s light. On other days, the sky is laden with a million stars. If you dare and fight the cold, Tosh is a good spot for stargazing. Wake up straight to view of majestic Himalayas and it was time to hit the road again. The trek back to Barshaini, will make you miss Tosh. Until next time, Tosh!