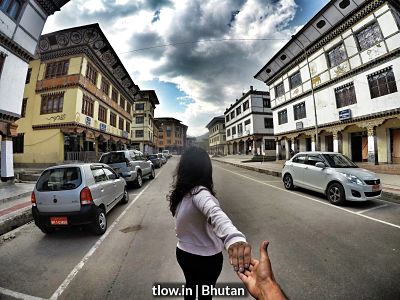 Paro is a historic town with many sacred sites and historical places scattered around its valley. Paro is also home to the airport which is the sole international airport of Bhutan. It’s located west to the capital of Thimphu in Bhutan.

Hike to the Tiger’s Nest

The famed Taktsang monastery also known as the tiger’s nest is the heart of Bhutan. The monastery is famous amongst tourists and to reach over there one has to hike through a pine forest or there are other two paths that pass through a plateau called “A hundred thousand fairies plateau”. The interior of the monastery holds impressive sights of Buddhist temples and its traditions as well as a culture too.

Sitting atop The Paro dzong (watchtower) which itself is one of the museum’s displays of Bhutan’s history. At first, built to serve as a watchtower it was renovated in 1968 to house the national museum. The building is said to be in a shape of conch shell and houses many of Bhutan’s ancient artifacts as well as stories of their deities.

Also known as rinpung dzong ranks as the highest point in Bhutanese architecture. Formerly the meeting hall for the national assembly and now contains government offices and local courts. It also consists of “kunrey” the monk’s classrooms as well as a large prayer hall. Outside the dzong is a stone-paved festival ground where masked dancers perform the ritual dance during their festivals.

Drukgyel Dzong was a fortress built in the 16th century which literally translates to “the fortress of victory”. This fort which now lies in ruins played an important role in defending against the Tibetan army. It is a UNESCO world heritage site and there are a lot of guided tours available to get a feel of its rich history.

If you’re a thrill-seeker then crossing the Tachogang Lhakhang bridge is what you will love. This bridge is an iron chained bridge and is more than 600 years old. This bridge is built above the Paro river and leads to Tachogang temple which is positioned on the base of a mountain.

One of the things that should never be left out on any trips is to try out some delicious local cuisine. If you’re a street food fanatic then Paro’s streets have a lot of vendors selling delicious hot momos along with their special soup, a Bhutanese speciality. Diners in Paro also provide a fine experience by serving healthy food as well as authentic flavours of Bhutanese cuisine.

What’s a trip without having a memory of the destination? Paro market is famous for locally made handicrafts like handbags, lanterns, clothes and wall decorations as well as other souvenirs to take home.

For all the adrenaline junkies, Paro offers a lot of adventure and thrilling activities like mountain biking, trekking, rafting which will get you pumped. The snowman trek in Paro is one of the famed and challenging treks in Paro which take almost 25 days to complete.