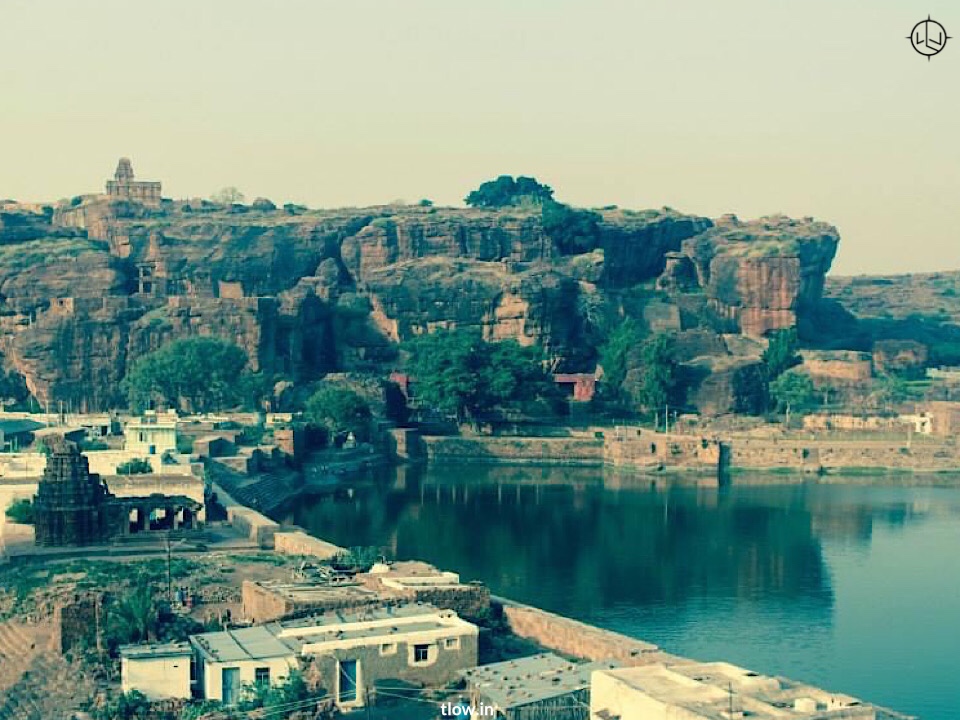 Located in a ravine at the foot of a rugged, red sandstone outcrop that surrounds Agastya Lake is the small town of Badami which is located in the south Indian state of Karnataka. The place is also the headquarters of a taluka by the same name, in the Bagalkot district. Badami is famous for its rock-cut and other structural temples.

There are two option of getting to the town of Badami, the first is to take a train to Badami railway station which is located 5 kms from the town. Trains from Bangalore, Bijapur and other cities stop there regularly. From the station, there are many auto-rickshaws and buses that ply regularly to reach the center of the town.

The second option is to take a bus which is a preferred option for anyone traveling inter-state. The state transport in Karnataka is one of the best and the most efficient in the country. The town of Ilkal is the connecting junction from where travellers will get plenty of connecting buses to Badami.

The town of Badami was the capital of the early Chalukyas, who ruled much of Karnataka and Andhra Pradesh between the 6th and 8th centuries. The kingdom was founded in 540 AD by Pulakesi I, an early ruler of the Chalukyas. His sons Kirthivarman and Mangalesha constructed the cave temples. The greatest among them was Pulakeshi II who defeated many kings including Pallava king Mahendra Verman I and extended the kingdom.

All the attractions are located around Agasythya Tank which is 600 metres from the bus stand. The main attractions in Badami are its caves. There are four main caves. The first one is dedicated to Shiva. It was excavated by the Chalukyas in 550 AD. The second one is dedicated to Vishnu. In this cave there are statues of Vishnu avatars like Varaha, the boar or Krishna. The third cave is also dedicated to Vishnu and the last one is a cave with Jain representations.

The other major attraction is Malegitti Shivalaya temple. This is the oldest one in Badami. It is built on a flat rock and offers a nice view of the town. The attractions include Dattatreya temple, Bhutanatha temple and the archaeological museum which has sculptures of various eras from the region.

For the adventure junkies bouldering and rock climbing is a must-do thing with plenty of cliffs surrounding the tank area of Badami. The place has plenty of eating options most of them are located around the bus stand. The restaurants serve both vegetarian and non-vegetarian food. The vegetarian food includes south Indian dishes such as idli, wada, three to five different kinds of dosas, among other things.

Accommodation in Badami is limited to mostly budget guest houses and lodges which have pretty decent rooms. Most of the have attached bathrooms with hot water supplied only in the mornings for around two hours and are also equipped with WiFi.

The best time to visit Badami is during the winter months from November to March when the days are pleasant and the nights are cool. It is advisable to avoid travelling to Badami during the summers as it is scorching hot at that time.

Badami is a good place to visit over the weekend to get away from the bustling city life of Bangalore or Hubli. Badami is a must-visit place for anyone who loves rock climbing. 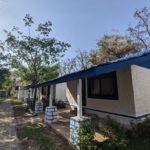