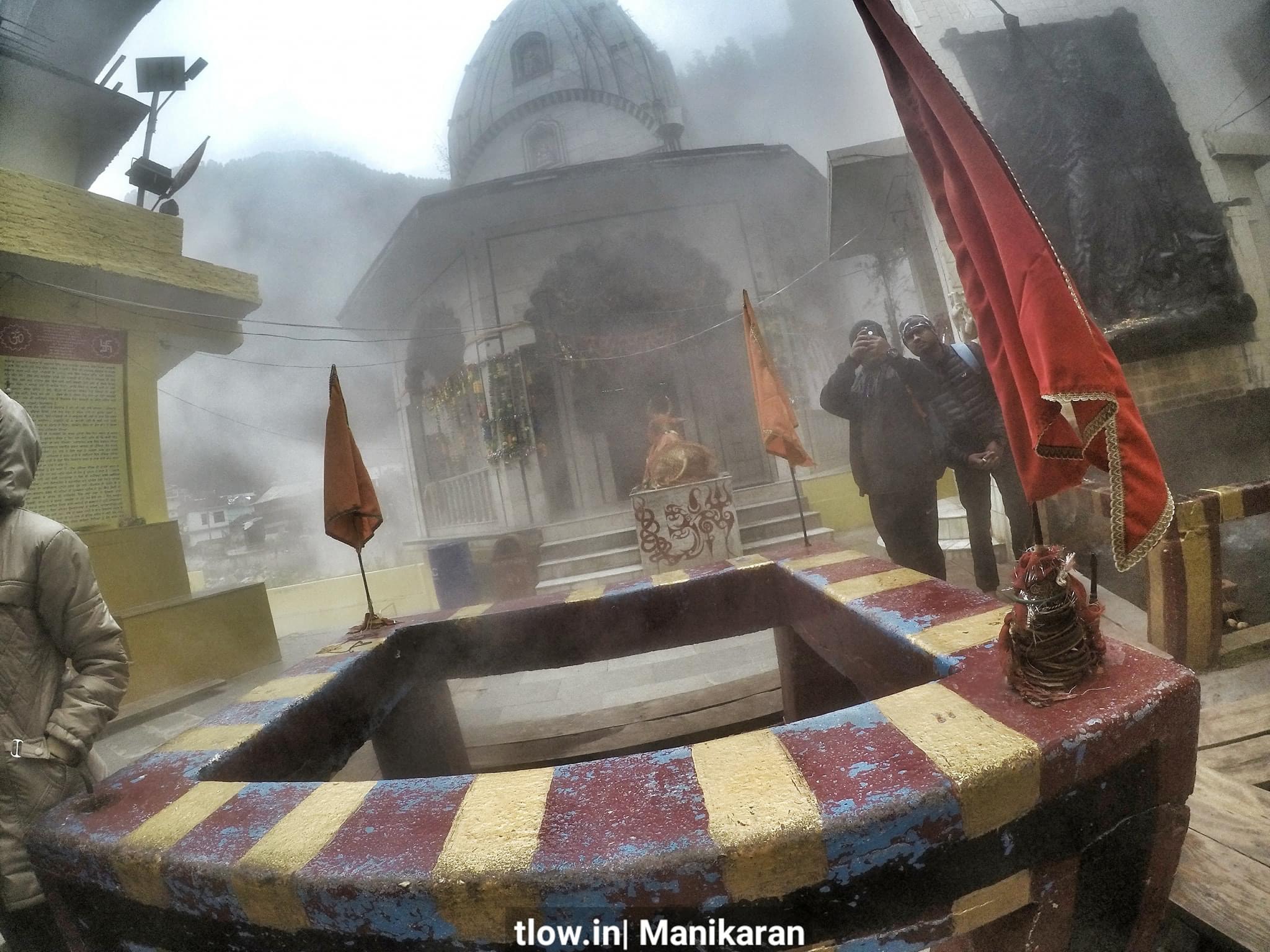 Manikaran is a holy place at an altitude of 1760 metres. It is located in the Parvati Valley on Parvati river Himachal Pradesh. Manikaran is 4 km far from Kasol and 40 kms ahead from Kullu in Himachal. This small place attracts tourists who come to visit Manali and Kullu to its hot springs. People from different states come to Manikaran to visit and feel the vibes of this small town. For Hindus and Sikhs, Manikaran is a pilgrimage centre. Manikaran is very famous for its hot springs.

It is a sacred place as Hindus believe that Lord Manu recreated human life here after the flood. The area is well known for its beautiful landscape with its hot springs and has many temples and a Gurudwara which makes this place more attractive for tourists. There are temples on the name of Krishna, Rama and Vishnu.

According to a legend, Hindus believes that Lord Shiva along with his consort Parvati was walking in the valley and she dropped one of her earrings. That earring was seized by Shesha and then it was then disappeared into earth with it. The jewel was surrendered by Shesha only when Lord Shiva performed a cosmic dance, the Tandava and the jewel was shot by through the water. Jewels were continued to be thrown in the waters of Manikaran till the Kangra earthquake in 1905.

It is also said that Lord Shiva and Ma Parvati was amazed by the beauty here of the green trees and mountains around them, so they decided to spend some more time here. It is believed that Ma Parvati and Lord Shiva actually spent eleven hundred years.

Raja Jagat Singh constructed a temple in the 17th century. There is a temple of Lord Shiva which belongs to him only. The importance of this place is also judged by saying that devas of Kullu valley visit this holy place regularly on a specific date.

Sikhs believe that during the time of the third Udasi on 15 Asu, 1574 the founder of Sikhism Shri Guru Nanak came to this place along with his disciple Bhai Mardana. They had no food and Mardana started feeling hungry so  Guru Nanak Ji sent Mardana to collect food for the langar.

Atta to make Rotis were donated by many people but the problem was they didn’t have anything to light up or fire. Guru Nanak asked Mardana to lift a stone and he complied and a hot spring appeared. Then Guru Nanak said to put the rolled rotis in the hot spring and the chapatis sank. He then told Mardana to pray to God that if his chapatis float back he would donate one chapati in his name. He prayed and chapatis started floating back duly backed. Guru Nanak Dev Ji said if someone who donates in the name of god will get his drowned items to float back.

Manikaran is visited by a large number of people every month. These people come with wishes and prayers. The vibes are totally different and amazing here. Near Manikaran there are a number of treks that you can do which will give you an amazing mountain top view.

–>To plan a trip to Himachal Pradesh,>>Click here