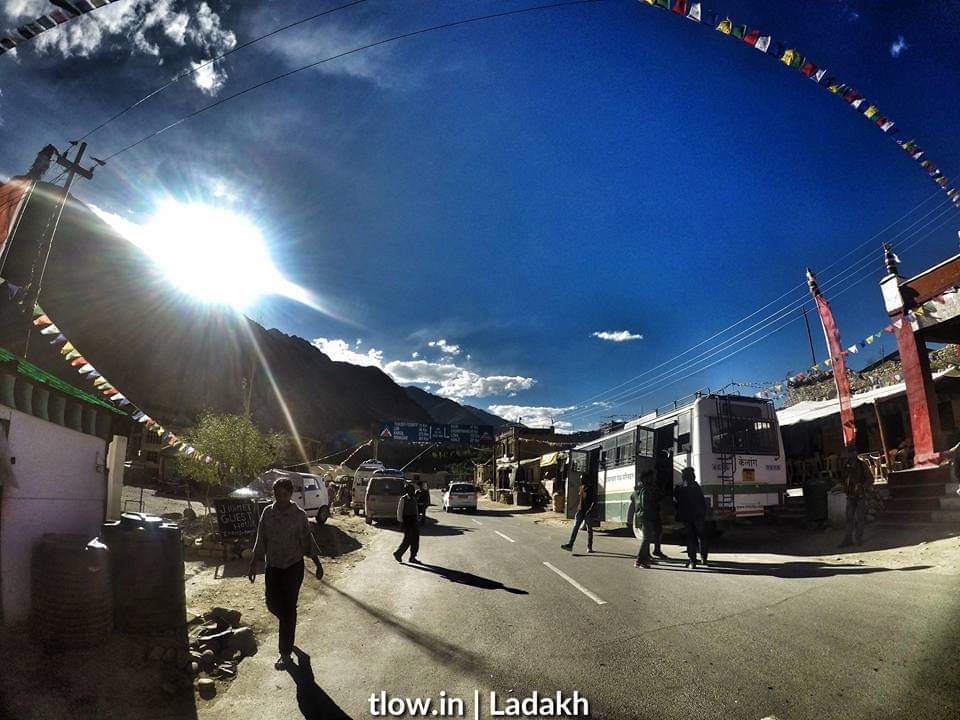 Ten years ago, Ladakh, the land of yaks and lamas was just barren desert flanked by the gigantic Himalayan range. Nobody except for the Indian Army was around with the locals. A seemingly endless and barren stretch of land, covered only by stark blue sky for as far as eyes could see. Bone-wrenching cold; so cold that ice had to be melted to brush teeth.

A Ladakh you never imagined, a Ladakh you can never visit for it is long gone. Everybody is posting their 10 years back photos and how they are now but think closely, we humans are so engrossed in our life that we forget about nature and the environment we used to live. If asked, how your city or town or village was ten years back? Would you be able to recognise what changes have happened?

The environment plays an important role in our life and we tend to forget about the surrounding where we sustain our life. Many people and many places have changed over the years as climatic condition have been constantly changing.

Ladakh, a place known for its adventurous activities and nomadic life was not like this 10 years ago. When tourism hits the place, it needs to be controlled or at least surveillance because there’s a fine line between getting popular and getting commercial.

When Bollywood movies had not touched the place, tourism was very little in Ladakh. After movies were shot in this terrain, people admired the place and started visiting their favourite movie spots. Now many spots have been known for the movie scenes shot there. This is Ladakh now.

– From the 19th century, the Leh market was always an important shopping hub for many locals as well as nomadic tourists. From fruits to clothes, you get everything now, but that was not the scenario earlier. Earlier, the weather was so harsh that some winters, it used to be closed for the entire winter months.

– Popularly known as the highest motorable road in the world, Khardungla was always an important sight for any person who comes or lives in Ladakh. Earlier, the highest motorable roadway used only by locals and the military. It used to be closed for six months because of heavy snowfall. Snowfall is reducing year by year which is becoming a problem due to shortage of water in the area. Now the place has got so much attention, that to get photos in front of the milestone, you have to wait for your turn to come. People even get into a fight, just to get a photo in front of the milestone which says, ‘Highest Motorable Road in the world’.

– Nubra valley was under Pakistan earlier. Eventually, India conquered Nubra Valley till Turtuk and now it is a part of Indian territory. The Shyok river is falling short of water due to less snowfall in the region now. The climatic changes in the valley are disturbing the ecological balance. Nubra Valley has become one of the must-visit places in Ladakh. But are we honestly justifying the place by visiting it and littering all over the place?

– Pangong known as Asia’s most beautiful lake was the major reason why the Indo – China War happened. During that time, the army and the locals were the only ones who used to visit this place. Now you can see the crowd doing stupidity around the lake, but what can be done when people lose their mind and act foolishly near a sacred lake. All credit goes to a movie making it a tourist hub.

The culture, the food, the people and the ideology is still the same and authentic. Only the environment is constantly changing. Day by day, month by month and year by year the soil, the river, the snow and the animal life of Ladakh is getting affected due to various reasons but the major one is the global warming.

The faster melting of glaciers and lower snowfall and rain have impacted farming patterns in the cold desert of Ladakh in India. It is also affecting the animal as well as human life in the valley.