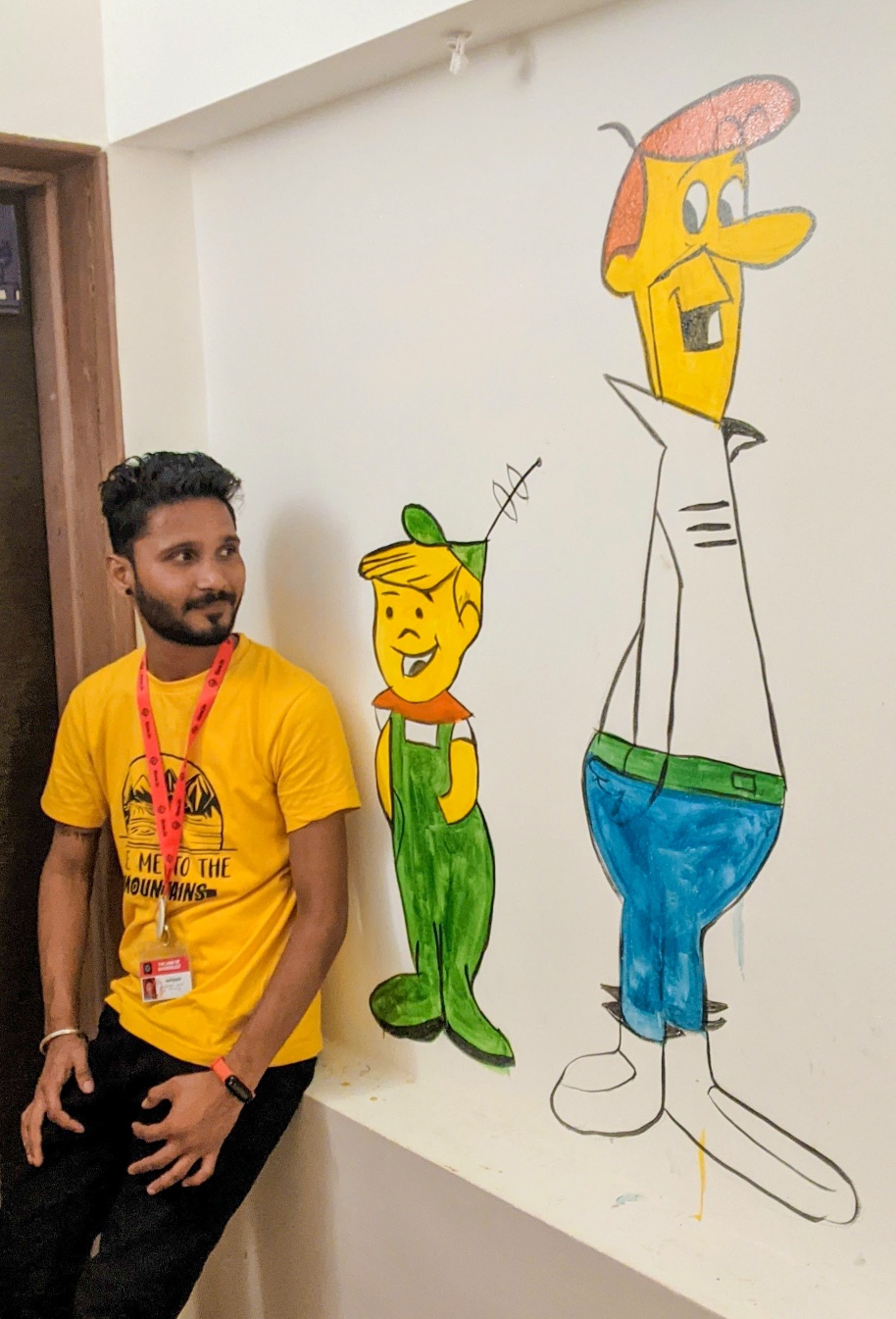 Art is an integral part of the aura and ambience of The Yash Resort in Bhandardara. We’ve got these interesting characters painted across the property.

1. Kung-fu panda- When Po the Panda, a kung fu enthusiast, gets selected as the Dragon Warrior, he decides to team up with the Furious Five and destroy the evil forces that threaten the Valley of Peace.

2. Penguins– Skipper, Kowalski, Rico and Private band together with a secretive crime-fighting organisation called The North Wind to thwart Dr Octavius Brine’s plan to destroy the penguin population of the world.

3. Shark-Oscar, a fast-talking fish, becomes an overnight sensation when he lies about having killed a shark. However, he soon begins to suffer the consequences of his deceptive actions.

4. Mickey Mouse– Mickey Mouse is a cartoon character created in 1928 by The Walt Disney Company, who also serves as the brand’s mascot. An anthropomorphic mouse who typically wears red shorts, large yellow shoes, and white gloves, Mickey is one of the world’s most recognisable fictional characters.

6. Goofy- Goofy is a cartoon character created by The Walt Disney Company. Goofy is a tall, anthropomorphic dog who typically wears a turtle neck and vest, with pants, shoes, white gloves, and a tall hat originally designed as a rumpled fedora. Goofy is a close friend of Mickey Mouse and Donald Duck.

7. Goku– Son Goku, born Kakarot, is a male Saiyan and the main protagonist of the Dragon Ball metaseries created by Akira Toriyama.

8. Butterfly- The lazy butterflies was a 3D animated Hindi cartoon which was used a bed time stories for kids. This cartoon spread moral values to the kids via short stories. Once there lived two butterflies, Mona and Sona, they lived on a small tree. Just because of their laziness they didn’t go to collect the food and the weather was also cold. For their laziness they died. The moral of the story is, laziness is not good and one should always be active and fit.

9. Donald duck-Donald Fauntleroy Duck is a cartoon character created by The Walt Disney Company. Donald is an anthropomorphic white duck with a yellow-orange bill, legs, and feet. He typically wears a sailor shirt and cap with a bow tie. Donald is known for his semi intelligible speech and his mischievous, temperamental, and pompous personality.

10. The Jetsons-George and his wife, Jane, reside in the Skypad Apartments in Orbit City. While their children Judy and Elroy go to school, a robot maid Rosie does the housekeeping.