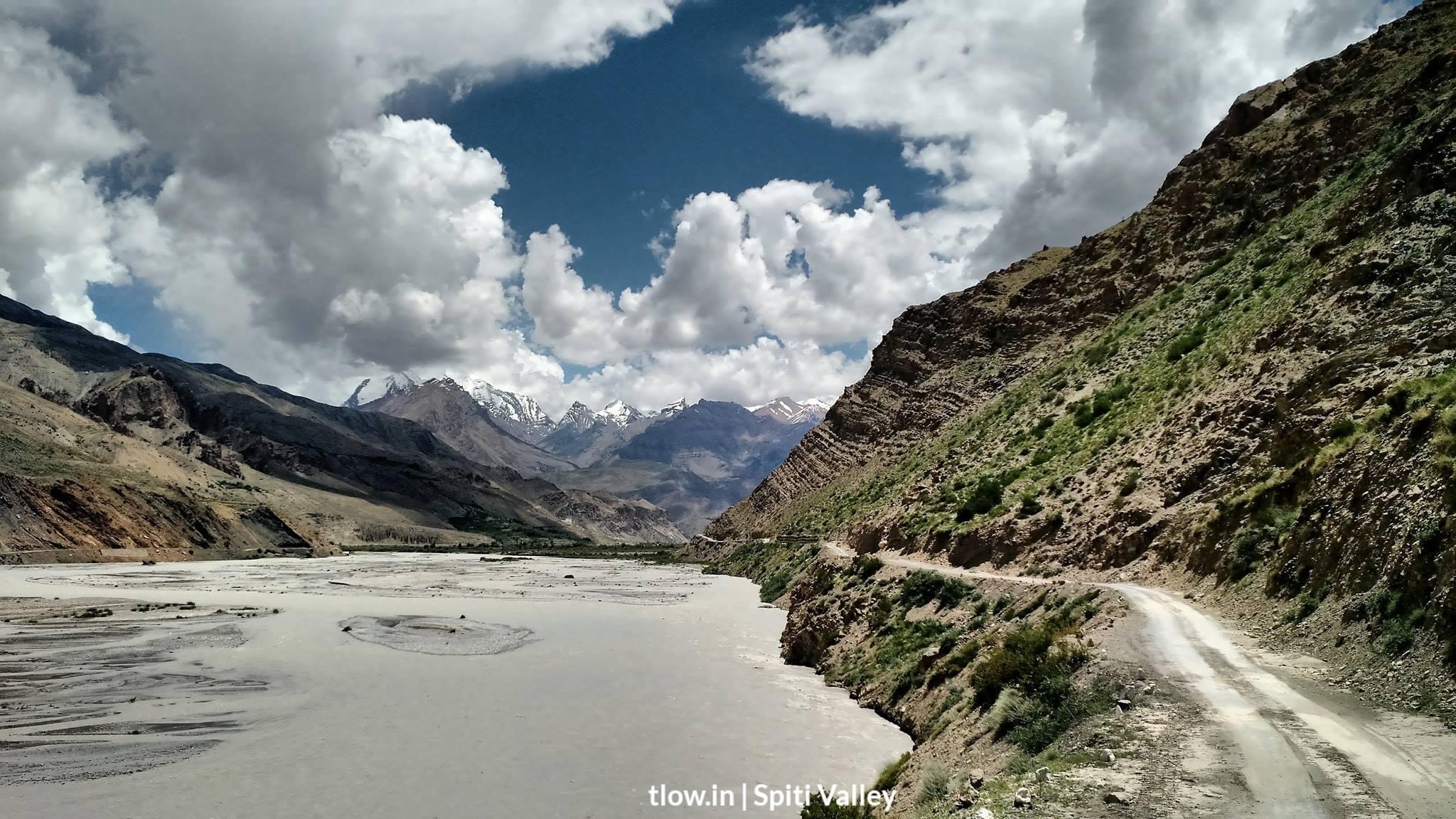 Mud is a remote high altitude Himalayan village which is hidden deep within the Pin Valley national park in Spiti Valley. The village is situated at an altitude of around 12,361 feet above sea-level (3850 metres) near the banks of the Pin-Parvati River and has a 360-degree view of the mighty snow-capped Trans-Himalayas.

The village of Mud is located at a distance of around 50km from the town of Kaza and travellers have two options to reach this remote village, the first is to hire a taxi from the town of Kaza. The second option is to take the local HRTC government bus from Kaza to Mud, which runs daily during the summer months and departs from Kaza in the morning anytime between 7 am and 9 am.

It is advisable to recheck the bus schedule a day prior to your journey. The bus journey takes around 70 minutes and is the most economical way of getting to Mud.

Mud is a remote village which has a population of around 190 odd people as per what the government road sign that says there are around 30 odd houses and shops in it. The houses in the village are made out of mud and painted in white and have red window paint, which is the typical Spitian style of the houses. Each and every house has prayer flags tied to the roof, which emphasis the Buddhist influence in the region.

On reaching the village of Mud, the first thing travellers will notice is the transition of the Himalayan range, since the village is the end point of various high altitude treks in the region. Mud is the place where the famous Pin-Bhabha pass trek, Pin-Parvati pass trek end. The area surrounding the village is covered in lush greenery and locals say that the legendary snow leopard has been spotted on numerous occasions during the winters prowling around the village snowfields.

The main occupation of the villagers is animal husbandry and farming. Even though the Spiti Valley is a barren region, the area around Mud which include the Pin Valley National Park is well known for herbs and plants which have a lot of medicinal properties. Some herbs have even cured people of heart and lung problems.

With the yearly increase in tourism and the strategic location of Mud in Pin Valley, many from the younger generation have become guides and porters. There are various short two and three-day hikes and excursions in Pin Valley that are conducted at a very nominal cost as compared to the standard rate.

Accommodation in Mud is in plenty but mostly simple and basic home stays which provide travellers with the bare minimum needed to survive. The rooms are big and each room can easily accommodate around five to six travellers comfortably. A few modern guest houses have come up but to get a real feel of Pin Valley it is best to stay in one of the traditional home stays.

The home stays also provide meals which include dal, rice, roti and vegetable for lunch and dinner. For breakfast, it is usually Spitian bread with jam. The toilets in these home stays are outside the house and are nothing more than a hole in the ground but are very clean.

The best time to visit Mud is during the summer months from mid-June to mid-September and even during summers, light woollens are recommended. The summer temperature ranges from 35°C to 5°C from day to night, respectively.

An important thing to keep in mind before venturing into the Pin Valley is that there is absolutely no cell phone coverage and no ATMs in the entire valley and one will need to carry sufficient cash to last the entire journey through this valley.

In a valley which has nothing but dusty roads and barren and naked mountains a day trip from Kaza if not a night halt at the village of Mud in Pin Valley national park is an absolute must for anyone looking to capture some greenery and change in terrain.