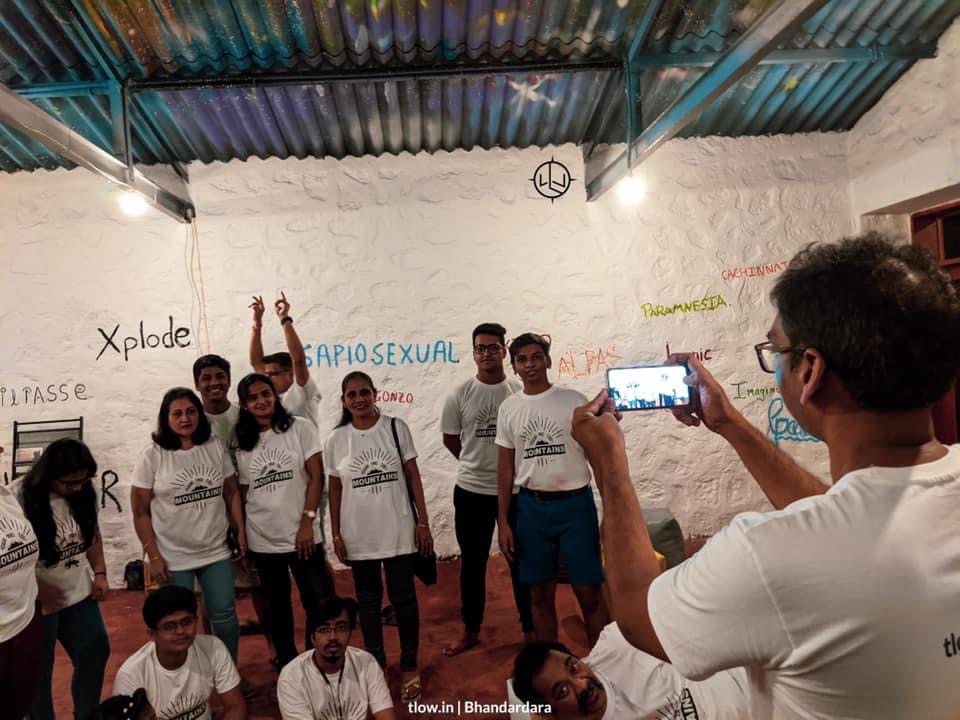 Mobile photography may seem simple but there are more elements that you can add to it to make the shots look more creative and story-telling. Photography is all about playing around with different kinds of perspectives and angles. Though it doesn’t get much attention, the angle from which you click photos is an important thing to think about. That’s because, from one angle of view, a subject might look boring but from another angle, it may look fantastic.

Here’s a few smartphone photography techniques that will help you find the right angle.

1. Consider the height of the camera:

When you think of someone taking a photo with their smartphone, what comes to mind is probably something like what’s shown in the image below – the person holding their phone at a mediocre level and at around arm’s length. While it may give good shots, there are ways to get more creative with your shots.

So, as you can see the outcome of this photo is pretty good and I was satisfied with the shot but to add more story for the same style and subject, I decided to play with the angles.

2. Try getting closer to the subject:

In addition to varying the angle from which you shoot in terms of height and position related to the subject, getting in close is another way that you can vary the angle for more interesting shots. For example, the shots above, the photo on the left is precisely the kind of photo most people would take. Here, getting closer to the spider helped me highlight the smaller details.

The point is that by getting closer to the subject, you can find an array of new and interesting subject to catch the viewer’s attention.

Another tip to keep in mind is that you need to walk around the subject to find the most pleasing angle from which to shoot.

Granted, some subjects like a mountain or a waterfall are difficult to walk around.

But if you’re photographing a person, a flower, or some other small subject, it’s easy to take a few seconds to move to the left and right to see which perspective is best.

Not only does moving around the subject help you find the subject’s best angle, but it also allows you to work out the best background. For example, in the first photo, on shooting from the front of the subject the background was too distracting, hence moving to the right gave a good side profile of the monkey along with the beautiful skyline and the mountains as the background.

Another advantage of moving around the subject is that you can get candid shots like in the second picture. It helped the photographer to click the subject in his natural element.

Combined with varying the height from which you take your photos, this will help you maximize the quality of the shot by making the subject stand out the best in the photo.

Take a moment to think of what types of images look best when shot from overhead. Images from above are often called flat lay images which are used in food and product photography to show the shape and vibe of the subject.

If you are taking a picture of a dish from above; try to position your smartphone both centered and perfectly parallel to the surface to get the cup as a perfect circle. Taking a picture from above will bring out the image as simple shapes; therefore, consider the geometric positions when designing your image.

Now that you know the difference between 2D and 3D I will tell you something that I observed as a point of parity. In the first photo, the food looks further for the viewer. It shows the presence of food but the sense of the food being right in front of you urging the desire in you to eat it is created in the second picture.

This is also why usually when someone is taking a photo of pulling a pizza slice it is usually clicked at 45 degrees.

Understanding where the horizon line in drawing can help you create better artwork. It is a tool you can use in your photography. When you use low angles in photography the horizon line is on the bottom of the image. This brings out the subject matter and it fills the frame in a more creative way. This can show objects being larger to scale than they really are. This can create a sense of awe or authority. Using angles can be a great way to show a sense of scale when taking a landscape. Adding people or animals can show the scale of a vast mountain.

Using angles in cell phone photography is very simple but can greatly improve your photography. It is easy to do and just takes that moment of thought and creativity to make that big change. Taking pictures with different angles and perspectives often requires gear. Using a tripod or a stabilizer can help you get a better shot.