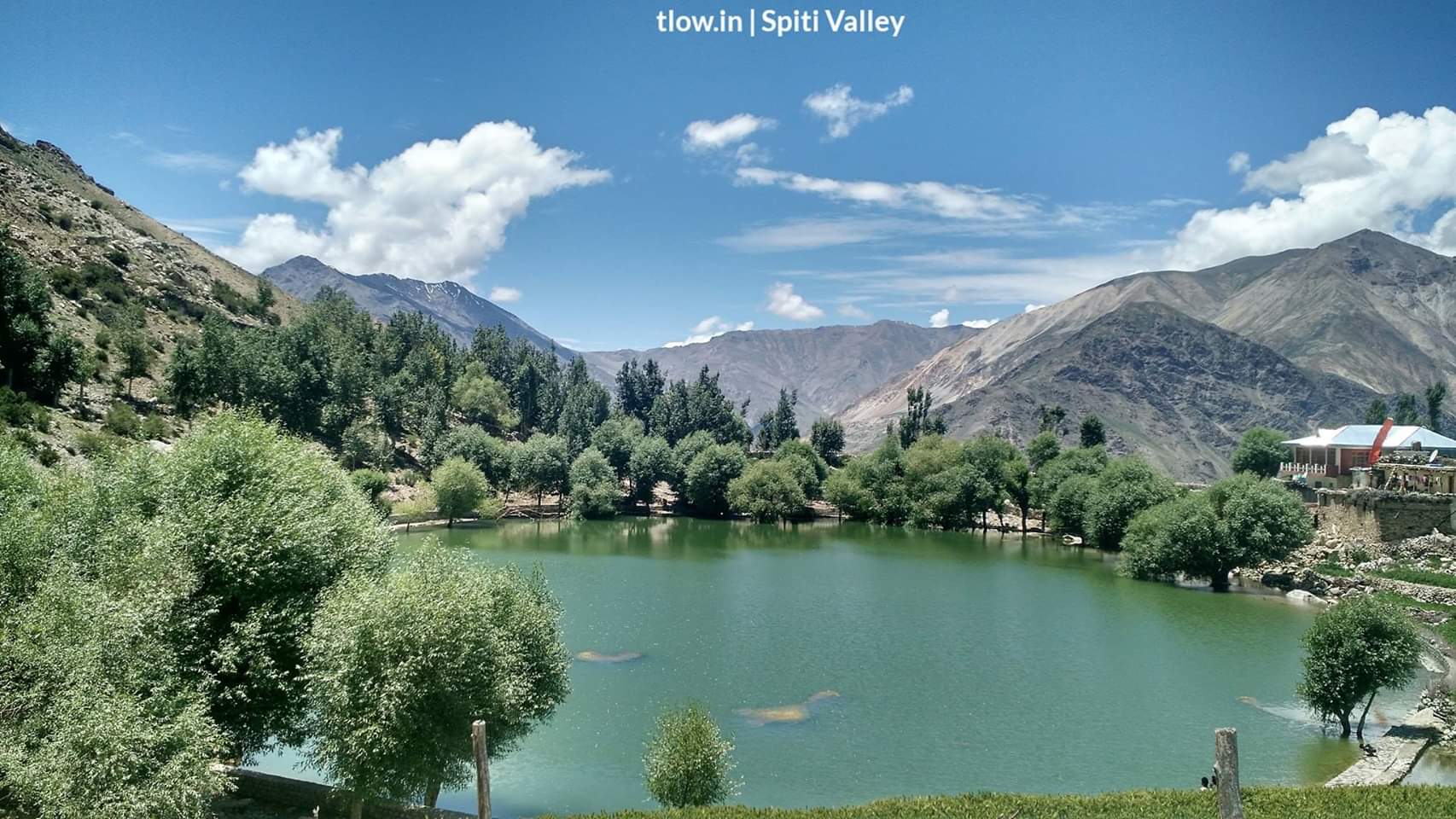 At a height of 12, 014 feet above sea level (3,625 m) in eastern Himachal Pradesh lies the picturesque Nako Lake with the cozy village of Nako surrounding it. To get there take a 10-hour byus ride from Delhi to Shimla on those dusty, narrow, winding Himalayan roads.

Once in Shimla, there is the option of the local HRTC buses which takes five hours to Nako. Or hiring a taxi to Nako that takes four hours, a comfortable journey compared to the former that operates only twice a day, once in the morning and evening respectively.

In Nako, the options of a stay are limited with a couple of Hotels and a handful of Guesthouses & Homestays which are the only options available. These prove to be easy on the pockets with excellent rooms and tasty food. Views from the room boast of a splendid view of the snow-capped Trans-Himalayas.

Food is provided by the locals as part of the homestay. One can expect momos, chowmein and noodle soup on the menu along with a plate of rice and rajma style dal as an option. Breakfast is aloo (potato) paratha with mixed pickle to go along with it.

Nako village is a splendid place with its maze-like lanes and by-lanes. The houses made of stone, boast of an animal pen that is home to cows, sheep, goats, and donkeys. The people who live in the village are mostly shepherds, who grow carrots, apples and cherries.

The villagers have Tibetan features and a burnt complexion as a result of sitting close to the fire in a bid to brave the severe winter cold. They practice Buddhism and speak Hindi and Bhoti (a dialect of the Tibetan language).

The sacred Nako Lake that is frozen during winter is a three-minute walk from the village. The snow-crowned Himalayas are all around the lake adding to its picturesque quality. In a bid to maintain the sanctity of the lake, fishing is prohibited and attracts a hefty fine to those who break the law. A stone path of about 75-meter radius surrounds the lake and is a breath-taking walk for nature lovers. For the pensive, sitting on the stones near the lake is a must. The sky is always overcast in Nako, but rain is unlikely as it lies in a rain-shadow region.

The village boasts of a Gompa made out of sandalwood that houses four lamas. This religious structure has solar panels in its courtyard to illuminate it as the village often faces power cuts due to its location on a high altitude. The sweet-smelling sandalwood is very strong and hard to miss for lovers of the fragrance.

The inscriptions that the Nako Gompa bears is believed to be done by the same pilgrim lamas who are attributed as having carved and painted the sacred Ajanta and Ellora Caves near Aurangabad in Maharashtra.

While visiting Nako, the splendid village by the lake, carrying woolens even during summer is a must, as the temperatures in the night drop to almost zero degrees Celsius. Foreigners need to carry their passports along while making this trip. A registration at the Chango police station is a must complete formality for all visitors due to Nako’s proximity to the Indo-China border. This village is the ideal stopover for those on their way to the middle land—Spiti.