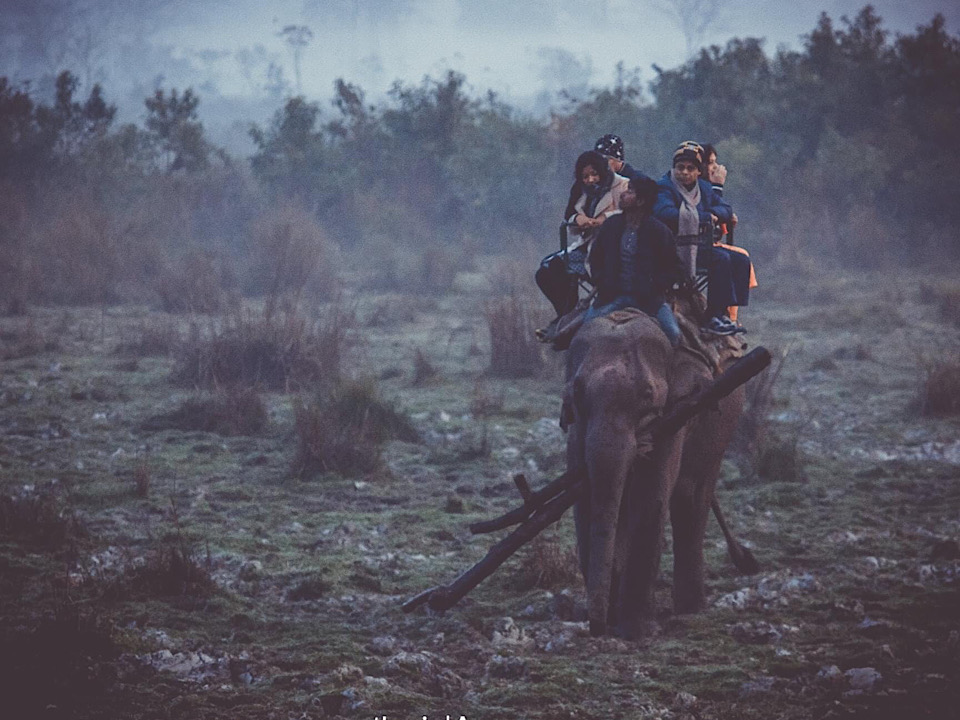 It goes without a saying that some natural places are so special, that protecting and preserving them for all time seems like a no brainer. However, the concept of National Parks was born in the mid-1800s as people thought it’s important to preserve such wonderful places for all time. These folks that truly felt these natural areas are very significant and important. This preservation led to the sumptuous National Parks which we visit today.

So once in Nepal, definitely explore these National Parks untouched by human intervention. So, here’s a list of lists of Top 5 National Parks you must explore while on a Nepal trip.

Best Time to Visit: Autumn months: October to November or Summer Months March to May.

This national park is the Snow Leopard park, the most famous species to view once you visit the national park. Its dominated by snow-capped mountains including Mount Everest (Sagarmatha), and encompasses glaciers, valleys and trails. The ones which come naturally in your way while visiting this park is tahr, serow, weasel, Maren langur monkey, etc. Many Sherpa people live here, praying at Buddhist sites such as Tengboche Monastery. The Gokyo Lakes are known for migrant waterbirds. One of the most amazing things is that this park is situated at the highest height i.e. 9700 feet above sea level.

Best Time to Visit: Anytime between May till September.

Chitwan National Park is a preserved area in the Terai Lowlands of south-central Nepal. It is majorly known for its Biodiversity, dense forests and grassy plains. This place is famous for its flora and fauna also exist like Wild Boar, Bison, etc. A highlight of the park is the possibility of elephant back excursions, canoe trips, river rafting, nature walks, etc. Chitwan National Park is home to the country’s largest number of wild tigers, which have also increased, from 91 to 120. Thanks to the past three decades of intense anti-poaching and conservation efforts by activist groups and government intervention for the rise. It truly does not disappoint.

The first National Park Established in 1976. This staggeringly beautiful national park is home rich in its Biodiversity, Cultural Heritage, and climatic zones with a beautiful display of stary night skies. The high altitude of this National Park results in alpine mountain ranges and crystal-clear lakes. The Highlights of this place are Langtang valley, holy Lakes at Gosainkunda, etc. there are deep gorges with thick forests. Most of the animals spotted here are wild dog, ghoral, Himalayan tahr, impeyan, etc. Another major attraction is Janai Purnima festival which attracts a lot of travellers in the month of August.

Established in the year 1988, Bardia National Park is covered with dense forest, grasslands and riverine forests. The rivers are dotted with spectacular lotus flowers and waterlilies. It is home to one-horned rhino, elephants, deer elusive, gigantic dolphins and tigers with 400 bird species fly freely around the park and visitors sometimes also sight coloured peacocks. The majority of the area is a lush area with no population but still is home to some of Nepal’s indigenous people, the Tharu tribe.

Best Time to Visit: Summers March to May.

Shey Phoksundo National Park is the oldest National Park in Nepal established in 1984 to preserve natural habitat. Its located in the Trans Himalayan range in the Northwest of Nepal. This national park is spectacular due to the water body increasing its scenic beauty which gives one a lifetime experience of the magic of nature. Surrounded by glaciers and famous for its magnificent turquoise color and is situated near the lake’s outlet is the country’s highest waterfall making it a must-visit National Park.

Concluding, investing in such areas with natural habitat should be a part of preserving the spirit of Nepal for now and for all time. So, thanks to the efforts of all the conservation campaigns that we can enjoy the full majesty of these areas today.