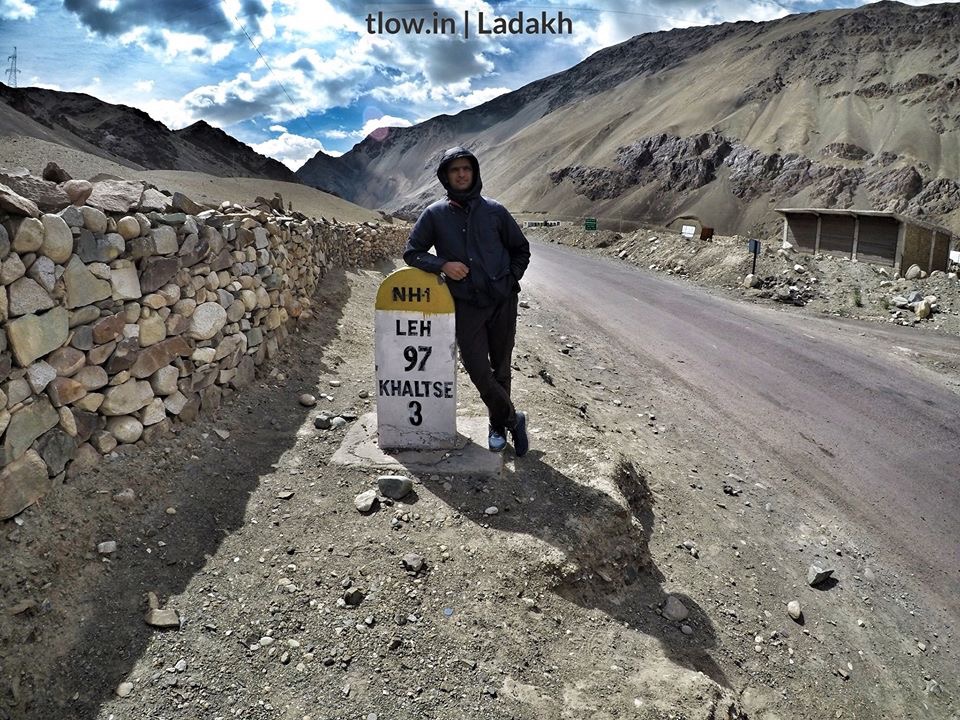 Manali-Leh highway is officially closed on 15th September and opens on 15th May depending on the snowfall and weather. Every year the mountains are witnessing heavy snowfall and early winters. Winters are setting early because of the climate change, less rainfall in the mountains, every year there are floods in mountain states like Himachal Pradesh, Uttarakhand.

If you’re starting your trip from Manali side, make sure you have applied for the Rohtang Pass permit. To regulate the traffic of vehicles and to prevent pollution on mountains as well as to reduce carbon which is the main reason of glacier melting. NGT has issued a limited amount of traffic to pass the Rohtang and one has to apply for the permit. Without a permit, you’re not allowed to cross the pass.

Tandi petrol station is the only petrol pump on the Manali-Leh highway. We all know the terrain of this region so transporting fuel is the biggest challenge for 6 months of the closure of the road. It is always advisable to carry extra fuel if you are planning to go Leh.

Baralacha pass is the only pass where three different ranges meet the Great Himalayas, Pir Panjal and Zanskar. The pass falls in the greater Himalaya or upper Himalayan region. There is no population around this pass only the ITBP and BSF have their camps because of the proximity to the China border.

Sarchu act as the border of J&K and Himachal Pradesh. Sarchu is still a disputed area between this two-state government. Sarchu marks half of the total 474kms of the highway it’s a halt and night stay option. The population in Sarchu is very sparse because of its geographical location. It is on a plateau with dry and harsh climate and inaccessible for 6 months. There is only one bridge on a small glacier stream which separates the two states and act as a border.

Pang on Manali-Leh highway has the world highest transit camp of Indian Army at 15,640 feet above sea level. After Sarchu, you ascend to the 3rd and 4th highest pass Nakeela La and Lachulung La via the Gata loops or 21 hairpin bends. Pang is a place where you will find some dhabas and tents for night stay. Not many options are available at this place. One of the coldest places on this highway.

Gata Loops is a name that is unknown to everyone except for a few who have travelled on the Manali-Leh highway. It is a series of hairpin bends that takes you to the top of the 3rd high altitude pass on this highway, Nakeela; at a height of 15,547 ft. There is also the ghost that haunts these loops that only a few people know about. The myth says that a ghost is present on the road and will disturb travellers. So everyone is supposed to pay tribute to the ghost dwelling in a small hut atop the pass by giving mineral water bottles.

More plains is a paradise for bikers on Manali-Leh highway. It’s a 30km straight stretch and the area is without any population or development. It is situated on a plateau between Pang and the highest pass Tanglang la. This is the best part of the Manali-Leh highway. One can go to Tso Moriri directly from More Plains via Tso Kar lake.

Tanglang la the highest pass on Manali-Leh highway. As of now the road is in not good condition which makes the drive dangerous. On reaching the top, you will see the sign of Tanglang La made by BRO claiming the second highest pass in the world which we all know is not true. The view from the top of this pass is breathtaking. You can see the Zanskar range all around.

The average elevation of Leh-Manali highway is more than 13,000 feet and its highest elevation is 17,480 ft at Tanglang La mountain pass. Mostly the people who want to experience the adventure and off-road riding choose this road but the altitude is the main factor of this road not everyone can cope up with it. Many people avoid this road and take the Srinagar-Leh highway route.