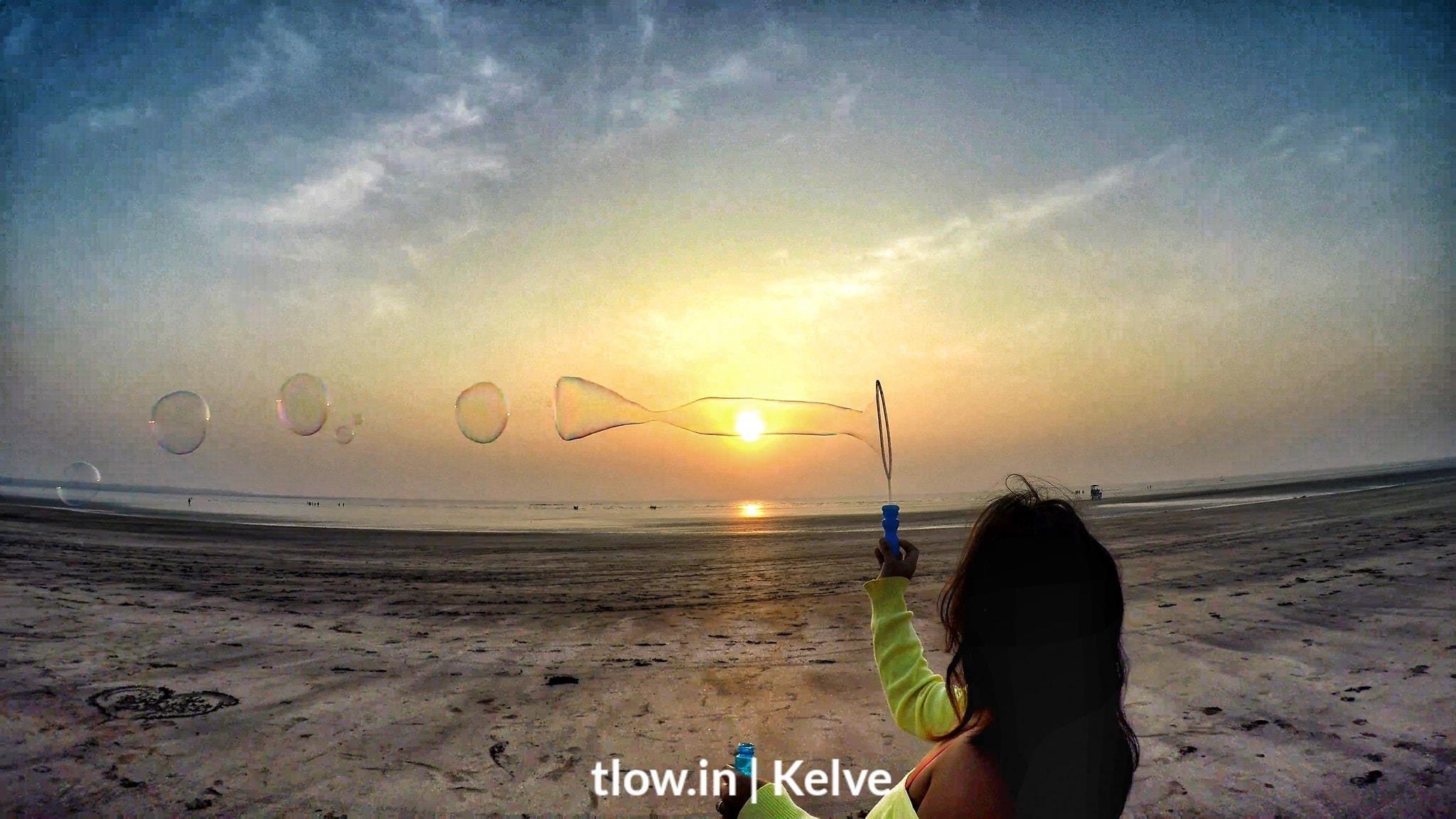 A hidden destination among the nestled suru trees, this virgin beach is located in Palghar. Not too far away from Mumbai, it is a perfect environment to dwell in for the weekend.

Kelve is just two stops away from Virar station via train which is available every hour. At the station, you can hire a tuk-tuk or avail of sharing cabs which is of a very minimal charge. While travelling to the beach you will realise, what an earthy smell this place has and unlike any other crowded tourist destinations this place has a very calm environment. One thing you will notice is that there are not many commercial buildings here since many locals own villas and have personal land which is old and well-built structures. There’s an ATM at the beach where the taxi stands are so you can withdraw money from there if required.

When you reach your destination there’s a five-minute walk to the beach through a small lane. The lane is booming with small dhabas and snack stalls run by the locals itself. They offer food from authentic Maharashtrian misal pav with khecha chutney to even Indo-Asian Chinese food. Upon reaching Kelve beach there’s an entry fee for entering the beach which is only 10 rupee per person. As soon as you enter the beach that calm ocean breeze will hit your face and you will realise that the beach is not very crowded compared to other known beaches of Mumbai. The beach has clear shiny waters with a mix of black soil scattered over its sand.

Kelve beach has two 16th century forts which were built by the Portuguese. One of the forts is at the southern end of the beach while the second fort lies in ruins in the sea itself. The fort is only accessible during low tide in the evening or you can even hire a boat to go check it out. Pay a visit to the centuries-old Shitladevi temple which is just a minute away from the beach. The statue of the goddess Shitladevi is actually carved out in an unbroken stone.

What’s better than laying back in the sand and watching as the sun escapes the horizon?  You will find a lot of fishing boats anchored by the bay with fishermen resting on them since fishing is a major business in Kelve.

November is one of the best times to visit the beach since the Kelve “paryatan mahotsav” is held at that time. It is a festival where all the locals gather together and celebrate two days constantly with game stalls, food stalls offering local delicacies like pomfret fry and bhakri and at night there are local people performing the traditional dance and acts.