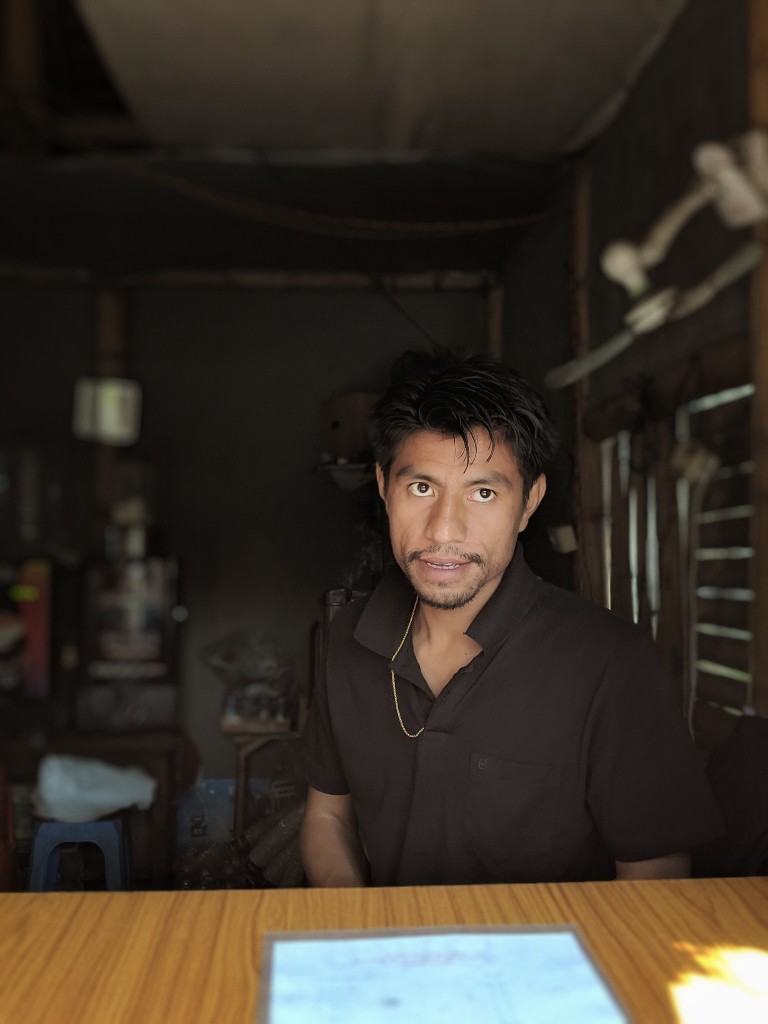 Herojeet Singh is from Imphal. He is 28 years old. He studied hotel management and went on to start the first-ever cafe in the Indo-Burmese town of Moreh.

Singh lives with his parents and younger brother. Being the eldest child in the family, he always felt responsible to support his family. He lives near Ima keithel in Imphal.

After completing his degree in 2013, Singh did three years of training in a 5-star hotel. Later, he shifted to Mumbai for a better opportunity. After working in the metro city for a while, he felt the need to doing something on his own. “I couldn’t figure out what, so I shifted to my hometown Imphal for some brainstorming,” he said.

How did you get the idea of starting a cafe in the border town?

“I was in my hometown trying to figure out something to do or something to start. Two days later, I met my childhood friend, Latir who had land in Moreh town. We went to chill out there and I got an idea to start a cafe at that place. I proposed my idea to my friend and another friend. They both saw the town’s tourism and how it was increasing year by year,” he said.

They got convinced and started construction by 2017 end. By the mid of 2018, the ground floor got built and later they got done with the license. On 21st November 2018, they started a cafe called Red chef Bistro.

How is tourism helping you?

“Tourism is good this year compared to last year. More and more people are getting aware of this town. I have seen in the Indo-Burmese town of Moreh, a lot of people are coming and staying for one or two days to experience the life of the people here. I just started this venture with the intention of making this cafe a home to travellers. We are right now planning to start affordable rooms so that people don’t have to pay extra,” Singh said.

They place on dormitory as well for backpackers. They want the place to become a home for travellers.

What kind of travellers are you looking for?

” We majorly want to attract those travellers who are looking for a cheaper and better option to stay in the night. Mostly, backpackers are our major target audience. Indian backpackers have started to come in this area which is good. Foreigners are usual visitors to this town. We listed on google as well so that if anybody is searching for a place on the Internet, we would be visible.”

According to you, what is the future of tourism here?

“I think this place is going to get more developed in the future as more and more travellers are coming, the government is actually doing something here. I don’t know if this will be a permanent change or a temporary one. People here do create trouble for us to do business sometimes. We are trying to fix that. My friend, Latir is a local resident of this town, but for studies, he moved to the city and now he is one of my partners in this cafe. I think if people broaden their mind more, the place will become really amazing in the future,” he explained.

How are rains and pollution affecting this town?

“It rains heavily in the month of March to August here. It does create a problem for us sometimes. Due to deforestation in the nearby area, summers tend to become hotter and even the rainfall cycle is changing constantly. Winters are becoming colder. The weatherwise change is inevitable but it does have a relation with the activities of human beings here. Luckily, the air quality is not that bad but can’t say in the coming years,” he said.

How is technology in this area? Is it a boon or a bane?

“Recently network towers have been installed in this town, so now you can imagine the use of technology here. Due to network towers, people are more connected with their phones now because they can communicate with the outer world. I feel the place was better when there was no internet signal connectivity. Humans were more free compared to now. The village is losing its ethnicity and charm. Technology is good but in a limited way,” Singh ended.