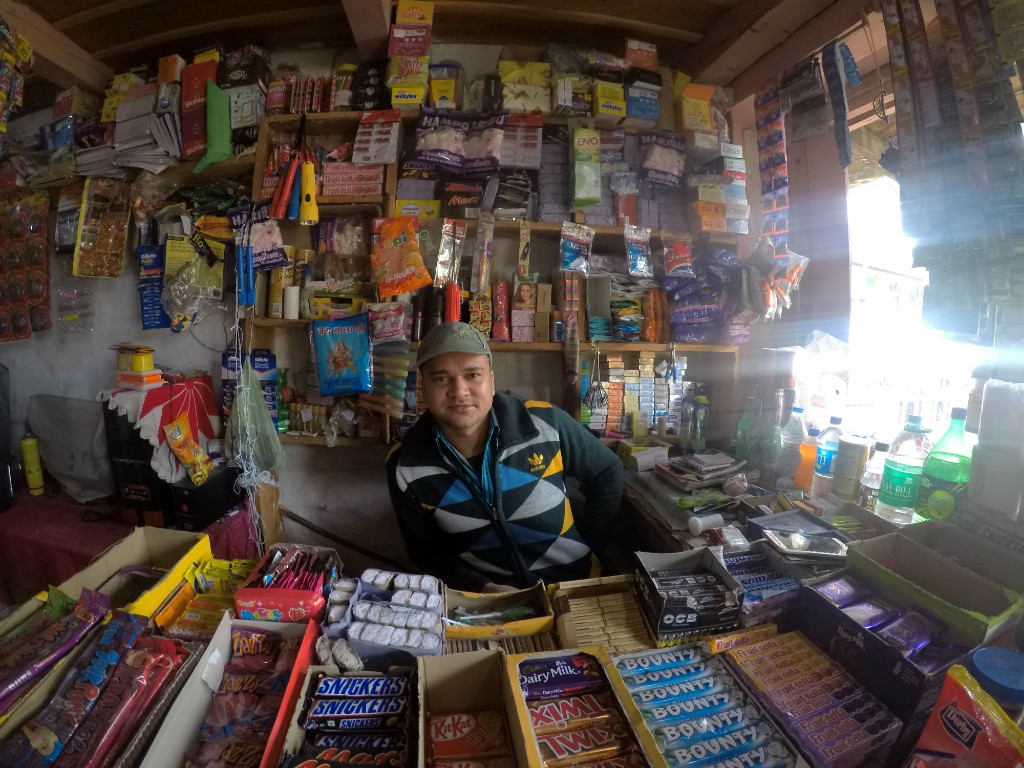 Gorakh is 40 years old and owns a grocery shop in Pulga, Himachal Pradesh where he was born and brought up. The village is one where one can get lost with the beauty and peace of the place. Pulga boasts of having a dense pine forest which is also known as Fairy forest. It is a silent place where you can sit in peace staring at the huge pine trees and clouds passing.

His is one of the 4-5 shops in the village. Gorakh keeps all goods that are available in India as well stuff which is imported like chocolates, snacks, etc as many foreigners prefer to visit Pulga instead of going to mainstream places, he said. 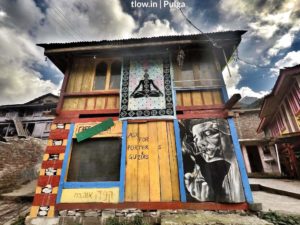 About life in Pulga, Gorakh said, “It is a silent and peaceful place compared to other places in Parvati Valley. Pulga can only be reached by foot as there is no road for vehicles. Now road construction is on in full swing and it will be done by next year, they say.”

About the new road that has construction going on, he said, “It has its own positives and negatives. I am not happy with this as Pulga will become more commercialised like other places in Parvati Valley. I like the peace of the place which will be gone.” 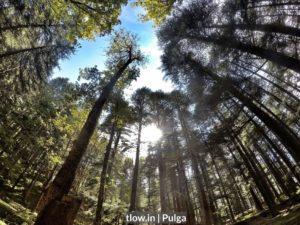 Locals in Pulga throw their garbage around the place. Gorakh said, “There is no trash collection system here and we have no other option other than this. Around 90% of items are packed in plastic. People don’t have space to collect garbage at one place. The Pradhan of the village is also least interested in this and does nothing to clean the village or to make a proper collection system for the garbage. The government is also not doing its duty.”

At the next village meeting, he plans to talk to all the villagers and the Pradhan about the dangers of throwing garbage around. He wants to save Pulga from getting dirty. 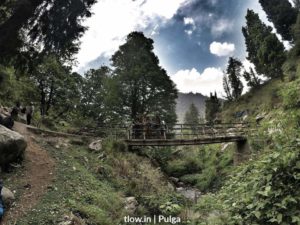 About the weather change in Pulga, Gorakh said, “There have been a lot changes in recent years as I have seen the place changing. Around 6-10 years back, there used to be 4-5 feet snow during winters. However, in the last year it just snowed for a week. I have never experienced this in my lifetime. Places like Pulga not getting snowfall is a red alert and this is proof of weather change which some people call just a bad year.”

When it used to snow in Pulga earlier, life used to come to a stand still. All the water pipes used to get blocked and the only thing people would do is sit beside the tandoor and enjoy their time with family and friends. Only a handful of travellers would visit the place in the harsh winters as the temperatures drop down to minus. 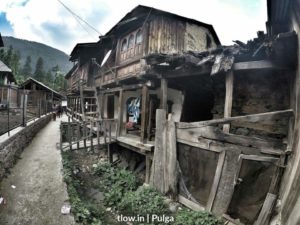 “Winters are the time where everybody gets together as there is no work to do. We spend the whole day chatting and playing games,” he said with a smile remembering those days.