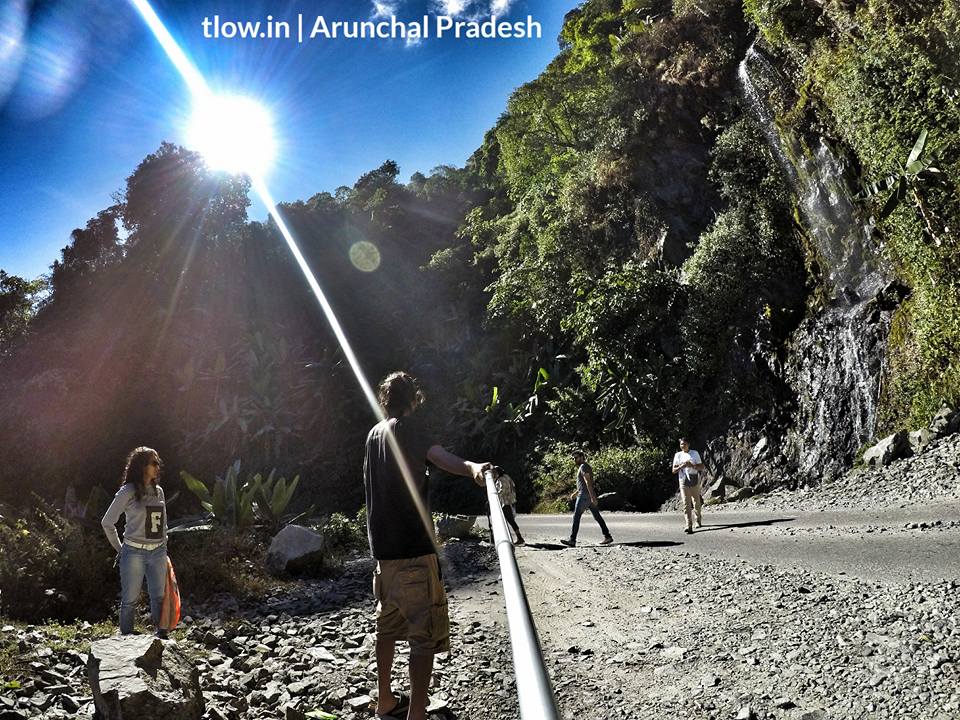 Bomdila is a small Buddhist town nestled high up within the mighty snow-clad Himalayas in the West Kameng district of Arunachal Pradesh in North East India. Bomdila is situated at an altitude of around 8,500 feet above sea-level (2750 m) and is also the gateway to Tawang.

There are two entry points to reach Dombila. One is from Tezpur in Assam which is 155 km away and other is from Itanagar, the capital of Arunachal Pradesh which is 276 km away from Bomdila.

From both Itanagar and Tezpur travellers have an option of either taking the government bus which is cheaper but slower or book a seat in a 10 seater sumo paying on a per-seat basis. If you’re travelling by sumo, make sure you get a seat in the front or middle. Sitting at the back really takes a toll with all the bumps.

To enter any district of Arunachal Pradesh, will require you to obtain an Inner Line Permit (ILP) which is easily available at the tourism counter at Guwahati airport or railway station for a hefty price of ₹450 per district and valid for a period of 30 days. A photograph and a copy of a government-approved identity proof need to be submitted.

The minute you set foot in Bomdila, one will get a very strong Buddhist feel with monks locally known as Lama in red robes roaming around the town and locals walking with their prayer beads and wheels. The town has a very welcoming and peaceful feel and the first feel of the Himalayan cold weather is felt at Bomdila along the road trip to Tawang.

Bomdila is a very small place and walking is the best way to get around the town since nearly everything barring the Upper Gompa is within walking distance from each other. It is advisable to hire a taxi to visit the Upper Gompa which is around 4 km away from the centre. Taxis can be hired from the taxi stand situated just adjacent to the main market.

The main attractions in Bomdila are the three monasteries which the locals call Gompa.

The second is Middle Gompa which is situated about 1.5 km away from the main market. The third is Upper Gompa which is the most majestic of the three and offers travellers a panoramic view of the town below with the snow-capped mountains.

Once you’re done with the monastery tour, a walk into the big Buddha stadium which is right in the heart of the town is a must in the evenings. Youth from all around will come to play the beautiful game and ten minutes into watching them play, you’ll realise why some of the best footballers from our country come from this side.

Accommodation in Bomdila is in plenty with a host of guest houses both budget and luxury. All the hotels are lined up along the main road.

Food options are limited to a handful of restaurants which is mostly open only during the tourist season from June to December. The other options are to try out one of the local dhabas which actually service some excellent momos, thukpa and puri bhaji.

The best time to visit Bomdila is during the winter months from October end to mid-December and then from mid-January to end of April.

The town has excellent cell phone network and in fact, most of the leading companies have 4G network available in Bomdila. There are also a couple of fully functional ATMs, which just makes life while backpacking a lot easier.

Bomdila is a place which one might not like initially but give the place a couple of hours and you will definitely grow to like the strange peace that the place has to offer.

–>To plan a trip to North-East of India, >>Click here