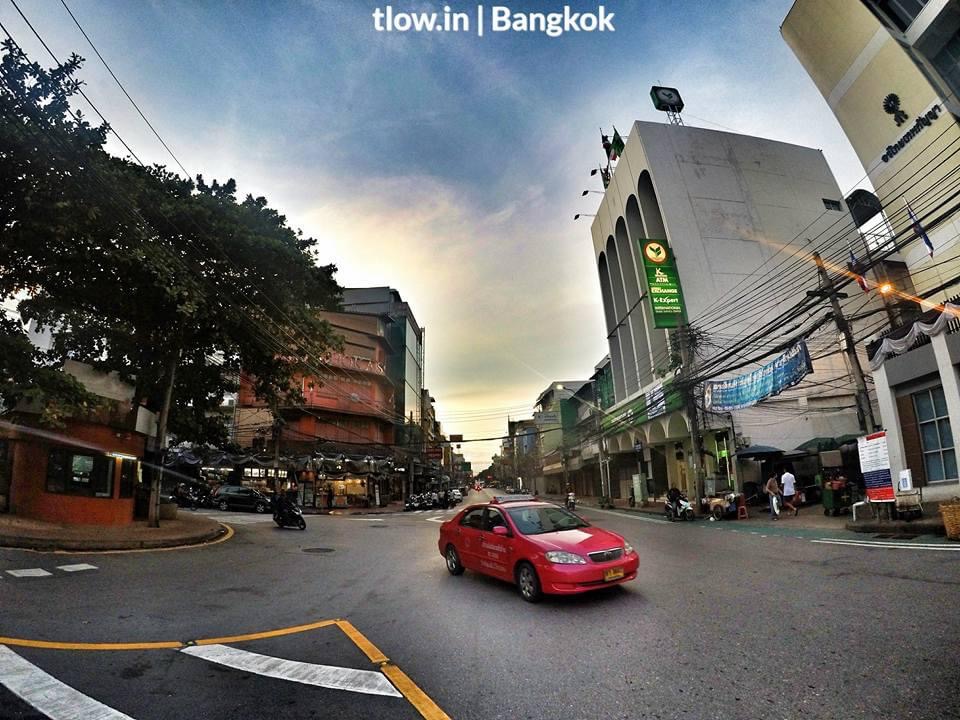 Bangkok is the capital of Thailand and is one of Asia’s most cosmopolitan cities. It has magnificent Buddhist temples, palaces, ancient water canals, bustling markets, amazing street food and a vibrant nightlife that has something to offer for everyone.

Bangkok is also one of the most sort after backpacking destinations in the world.  The city has two airports which are located around 30 km from the centre and serve as major entry points into Bangkok and is the gateway to the rest of Thailand.

Getting around the city is extremely easy with tonnes of public transport options from the sky train and metro to local buses, taxis and even Tuk-Tuks.

Since Bangkok was once a village with many water canals there are plenty of speed boat taxis which ferry people from one part of the city to another through the canals.

Most of Bangkok’s attractions are concentrated on the island of Rattanakosin, often referred to as the “Old City” by the Thais. Out of the city’s over a hundred temples, the Grand Palace, Wat Pho and Wat Arun usually make up the top three.

The Grand Palace is huge and will take time, so expect to spend at least half a day at the palace.  Within the palace grounds is Wat Phra Kaew, the most sacred Buddhist temple in Thailand. Unlike other temples, it is not one building, nor are there living spaces for monks. Instead, it is a collection of highly decorated holy buildings and monuments. One of its buildings houses the Emerald Buddha, and while you might not expect it from its size, it is the most sacred Buddha image of Thailand.

In close proximity to the Grand Palace is Wat Pho, home to the world’s largest reclining Buddha image. Nearly all the temples and other attractions in Bangkok which are a part of the tourist circuit have an entry fee which has been nearly doubled in the last 12 months.

The star attraction of all the Buddhist temples in Thailand is Wat Arun, a 60-88 m high statue of Lord Buddha surrounded by four small prangs. This is one of Thailand’s most picturesque temples, and is engraved on the inner part of all ten-baht coins. It is so recognisable that it even became the logo of the Tourist Authority of Thailand. The only way to reach this temple is to take a ferry across the Chao Phraya River to Thonburi.

While in Bangkok an absolute must-visit is the morning floating markets which are located not to far from the city and is an excellent place to get a first-hand feel of the everyday life of the Thais along the water canals.  There are plenty of travel agents who will arrange for a half-day tour of the floating markets.

These markets start daily in the morning by 6 am till around 4-5 pm in the evening.  The floating market – Damnoen Saduak is the most visited by backpackers since it’s open daily and has a very vibrant feel from clothes, handicrafts to food being cooked and served right in front of you. A visit to the floating market is half a day well spent in Bangkok.

Bangkok is known the world over for its street food and it’s worth every bit of the hype from sausages to burgers and a variety of local Thai dishes such as Thai red and green curry. The Shrimp Phad Thai is an absolute must-have while in the Siam capital city.  Eating from the street is totally worth it and an excellent experience. For those who want a quick bite, there is a 7-11 store at every literally every nook and corner of any street in Bangkok.

Another speciality which is widely sold around Bangkok is the coconut ice cream and fried insects.  The former is surely worth a try while the latter is only for the extreme food junkies.  In short, you’ll never ever go hungry in Bangkok, they claim to have over 50,000 restaurants all over the city with hippie backpacker hub – Khao San Road and Chinatown being the epicenter of street food.

Alcohol is very easily available in Bangkok and nearly every restaurant serves at least beer and a variety of cocktails. The bucket as they call it is a mix up of multiple drinks served in an actual mini bucket with giant straws.  It’s worth a try if you intent on getting sloshed at one of the many night parties which happen in Bangkok on a daily basis.

Accommodation in Bangkok is in plenty from backpacker budget hostels and guest houses to top-notch star hotels. This vibrant city has it all. Khao San Road is the hippie backpacker paradise which houses most of the budget guest houses and hostels.  It’s an excellent place to stay and meet other backpackers from around the globe.

A few steps in any direction and you’ll feel Bangkok is a paradise for the shopaholics. From street stalls selling t-shirts, dressers, camera equipment, Bluetooth speakers and so on to malls which offer a variety of western brands at an extremely reasonable price. Remember to bargain well if you’re shopping from the street.

Being a tropical city, Bangkok is a great place to visit throughout the year with October to April being the best time to visit. The city is extremely safe and has a great vibe. Something which you’ll surely take back home with you post your visit.

Bangkok is the kind of city which will grow on you. The longer you stay the more you’ll start to love the place. The city still has plenty of hidden gems from the street food to the vibrant nightlife and crowded roads. It is a city where you can easily spend a couple of night if not a week without getting bored.