Zanskar Valley in J&K is a place lost in time. The terrain and people will remind you of what life in Ladakh is but that’s only in pictures.  When you actually end up travelling to Zanskar Valley, you’ll realise the place is very different in reality.

Zanskar Valley has become popular over the last decade or so, but that’s mainly due to the Chadar trek which happens in winter. Here you need to walk over the frozen river. But summer is the time when Zanskar becomes accessible via an unpaved dust road from Kargil to Padum.

The road journey starts in Kargil at around 05:00 Hrs and then its a long drive all the way to the town of Padum in Zanskar. To reach Padum, you have to first cross through Suru Valley and then after a long drive through barren roads, you will end up reaching your destination.

The people in Zanskar Valley are very warm and welcoming to outside travellers. This is because they barely get to see anyone from the outside world coming to their village during the winter months when the roads are cut off. Home stays are the best way to experience the Zanskar Valley. Even though there are hostels and guest houses, home stays are where the real feel of the place is.

Zanskar Valley is one such place which still does not have any modern facilities which you will even find in Ladakh in 2022. Like only BSNL works in Zanskar and there is only 3G at best that works. The network is very scratchy. Google maps has to be downloaded offline and used. So it’s the kind of place which an explorer will love.

Once you get in, the only way of travelling around is by hiring a private taxi from the union or the other options include walking, hiking and hitchhiking around from one village to another. This is because the region is so remote that there is barely any public transportation in Zanskar.

If walking is something you like, then it won’t be an issue for you to explore the villages nearby on foot. But if you’re planning on exploring the ends of Zanskar Valley, then the best way is to hire a taxi. Hitchhiking is something you can’t really be dependent on, since it could be hours before you see a vehicle pass by.

No matter how you want to explore Zanskar, you will need to hike and walk a bit since everything is located on the top of mountains. Along the way you will come across numerous stupas and prayer wheels which have been placed at random stops all over Zanskar.

Make sure you carry a day pack along, when you decide to go exploring around Zanskar and pack a water bottle and some eatables in the form of dry fruits which will come handy along the journey. Getting shops anywhere outside Padum is a rarity. Keeping oneself hydrated with water and food is an absolute must while in this region of the Himalayas. 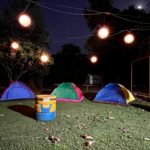 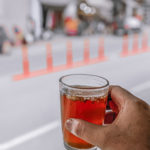 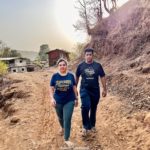 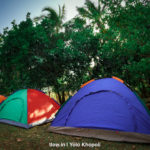