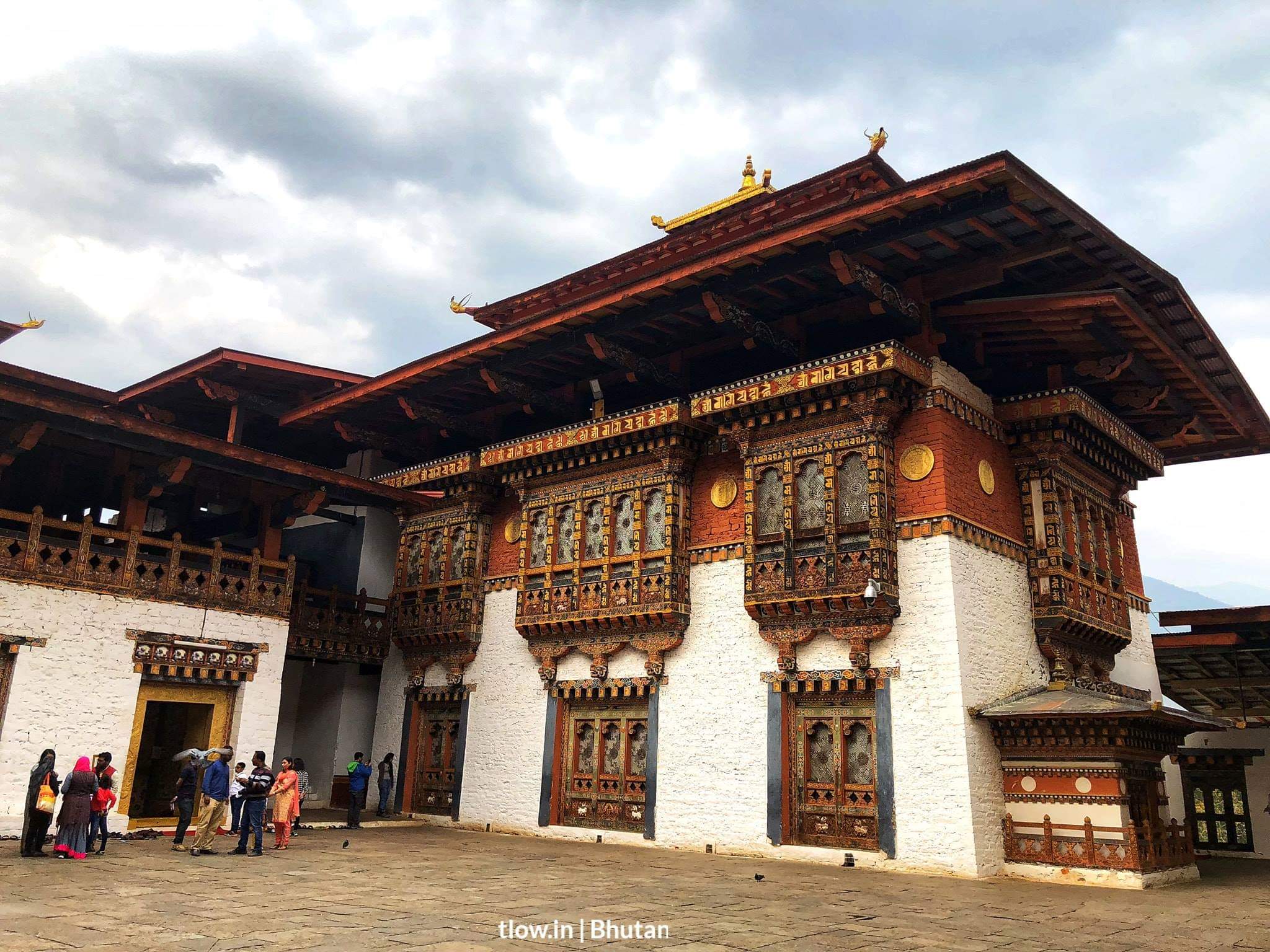 Punakha Dzong, also known as Pungtang Dewa chhenbi Phodrang means “the palace of great happiness or bliss”. It is the administrative centre of Punakha District in Punakha, Bhutan. Constructed by Ngawang Namgyal in the year 1637–38 it is the second oldest and second-largest dzong in the country which is considered as one of the most majestic structures in all of Bhutan. 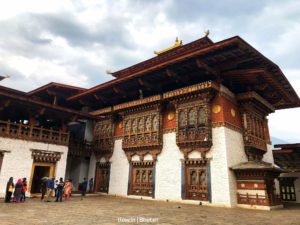 The Dzong is located between the Mo Chhu and Pho Chhu Rivers. Access to the dzong is across the Bazam bridge, which was rebuilt in 2008 after the original 17th-century bridge was washed away in the floods in 1958. Punakha Dzong is located at only 1,200 meters. 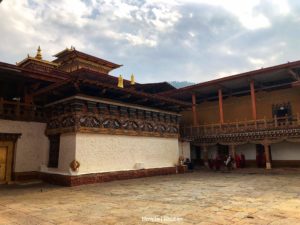 The second oldest and most majestic dzong in Bhutan was built on the orders of Ngawang Namgyal. It is a six-storied structure with a central tower or utse at an average elevation of 1,200 meters (3,900 ft) with a scenic, mountainous background. The materials used in building the Dzong consisted of compacted earth, stones, with timber being used to make doors and windows. The dzong measures 180 meters in length with a width of 72 meters and has three courtyards. It has a very large, white stupa and a Bodhi tree is located in the first courtyard whereas the residential quarters of the monks are located in the second courtyard. 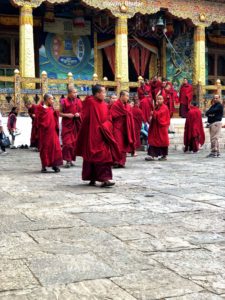 Domche is the annual festival held at the Dzong, which is largely attended by people from all the villages and far places of the district. The self-created image of Avalokitesvara enshrined in the utse of the dzong which was brought by the Zhabdrung from Tibet is displayed during the festival.

A five-day festival, also known as Punakha festival, held in February-March displays a re-enactment of the Tibetan invasion of Bhutan in 1639 where the Tibetans were defeated.

Another ritual which happens every year at this dzong is called the Lhenkey Dungchhur where the departed souls are worshiped. 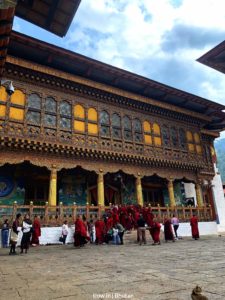 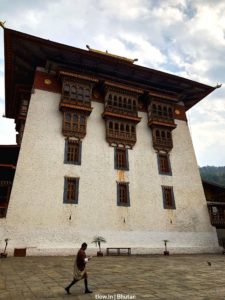 – Punakha Dzong is listed as a tentative site in Bhutan’s tentative list for UNESCO inclusion.

– The most impressive thing about this Dzong is that it was built without the use of nails.

– In 1996, flash floods in the Pho Chu river damaged the large stupa and the Dzong. The restoration works were largely funded by the government of India.

– Except for the prayer hall in the Dzong, all other places can be photographed.